That old adage about never judging a book by its cover is wise and sage advice, but sometimes there are exceptions to prove the rule and even a cursory glance at the front gives more than an inkling of what is in store. Lionheart’s fifth album, Valley of Death is one such example, with its vivid red and black depiction of a fence topped with barb-wire.

Contained within the ten songs on offer are tales of both personal and social entrapment; the opening cut, Valley of Death, begins with feedback and then it’s straight into despair-spat vitriol. A quick scan down the track listing confirms Valley of Death will not be a pleasant trip through the band’s state of mind. Born Feet First, In My Skin and When I Get Out suggest Lionheart are less than satisfied with the state of the world.

All of the elements are in place to make Valley of Death a bruising encounter. Rob Watson’s aforementioned vicious vocal delivery sits comfortably within the Jasta range for the majority of the record, but occasionally veers into unexpected territory, as on Born Feet First, when the spectre of Eminem rears its head during the bridges. The obligatory gang-vocals are present across Valley of Death, but rather than appear clichéd they come across as being supportive of the breakdown central to the album.

Similarly with the expected musical beatdowns, which arrive with unrelenting power on Burn, For the Record and Rock Bottom, serve to further explore the fractured narration unfolding across the album. Musically, Valley of Death is what you would expect from a band in their fifteenth year: the drums are colossal, the bass unrelenting and the twin guitars deliver caustic riffs aplenty. There are times when the faint ghosts of guitar lines appear deep in the mix as on Stories From the Gutter, barely audible, but haunting the track.

In Valley of Death, Lionheart have crafted a multi-layered record that is both aggressive enough to satisfy even the most rampant pit, yet at the same time, heart-felt and deep enough to be more than merely music to get violent to. That monotone fence on the cover serving both literally and figuratively to the themes of despair and enslavement and cumulates on the closing track Dragging Heaven which, in turn closes with a radio being tuned until it settles on Tom Petty’s Free Falling, leaving the listener to make their own minds up about the fate of the protagonist.

Lionheart deliver as fierce a slab of metallic hardcore as you’re likely to find this year and its underlying themes demonstrate the fusion of style and substance. 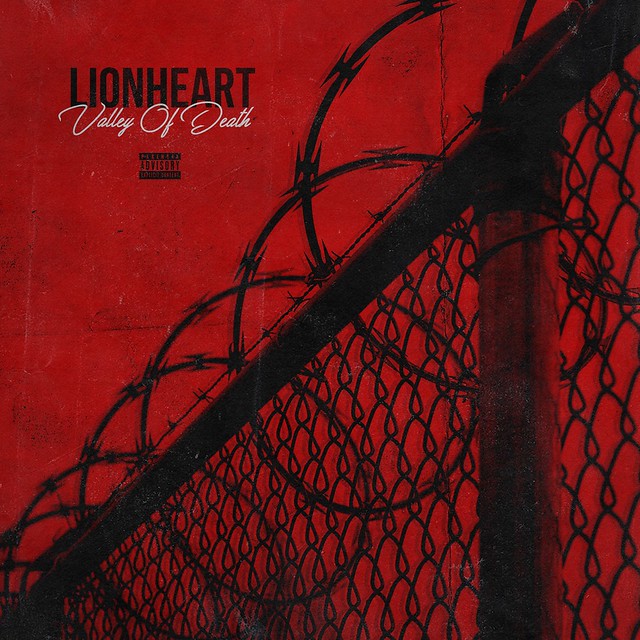