Formed in Cardiff in 1967, few bands can hold a light to the 1970s Welsh heavy rock of Budgie. The power trio of Burke Shelley, Tony Bourge and Ray Phillips laid a blueprint that was criminally unappreciated until Metallica decided to cover Breadfan, which was initially a B-side to Eye of the Beholder and then included with Crash Course in Brain Surgery on The $5.98 EP: Garage Days Re-Revisited. Although Budgie went through several line-ups during their career, they continued to produce some high-quality rock and caught the ear of many, both at the time and even now. Their crushing heavy power chords, groove laden power and individual style made them a band we still cherish in the Principality. 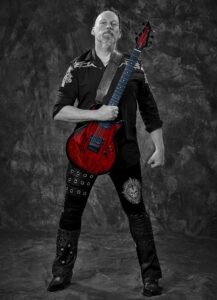 One person whose antenna was stimulated by Budgie was guitarist Janne Stark, who first heard them in 1975. His band TNT later covered Napoleon Bona Part 1. In 2007 Stark added In For The Kill on his first album by Mountain of Power, a side project that pays tribute to the 70s hard rock bands that influenced him growing up. In 2019 Grooveyard label manager Joe Romagnoila asked him if he’d be interested in doing a tribute album dedicated solely to Budgie. An instant and positive response led to the duo wading through the audio legacy of the Welsh titans. Identifying a vocalist to capture the unique high-pitched vocals of Shelley was a challenge but in Tony Spinner (ex-Toto and Paul Gilbert) he found possibly the next best thing to the original. Spinner also adds some guitar to the project. With drummer Peter Hermansson (220 Volt, Talisman, John Norum) on board, and Stark delivering the majority of guitar and bass parts, it was just a question of what songs to cover. The result is a splendid collection of songs from the early Budgie catalogue (all tracks apart from one (Melt The Ice Away) are drawn from the band’s first five albums) and a solid tribute to one of hard rock’s must innovative and much loved bands.

The album kicks off with THAT RIFF – yes, it’s Breadfan (what else!) and it’s immediately apparent that Stark has managed to capture the chugging groove of the band whilst Spinner is one of few singers who can get close to Shelley’s unique delivery, pitch and tone. Dispensing with the breakdown in the middle of the song and adding Rocking Man instead is a wise move, before returning to complete the original song. Crash Course in Brain Surgery maintains the momentum, with Spinner giving an album winning performance. A song that featured as an early single for Budgie and co-written with Phillips on drums, Crash Course appeared on the only album to feature drummer Pete Boot; 1974’s In For The Kill. This is a killer cover and better than a certain American band’s rather crass delivery. 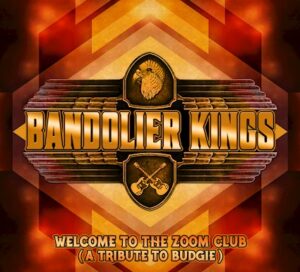 As the album progresses, tracks such as Breaking All The House Rules and the crazily titled Nude Disintegrating Parachutist Woman (from the self-titled debut) sound fresh but retain the feel and emotion that Shelley, Bourge, Phillips, Boot and long-serving drummer Steve Williams served up with ease. The guitar work is superb, with some searing lead breaks hidden amongst the tracks. As well as the crunching riffs, Stark plumped for the mellowness of Rolling Home Again (from Squawk), a sub-two-minute acoustic number which he and Spinner capture almost to the note. It may be virtually identical to the original but there is little to disappoint in this tender and sensitive version.

Welcome to The Zoom Club is a fitting tribute to one of the most underrated UK rock bands with each track doing justice to the originals. Williams and Bourge not only lent their musical talent to the album. They have also provided glowing tributes to it. Williams stated “one of the best recorded tributes to Budgie. Proud to have played a small part alongside Tony Bourge and a drummer I've always admired, Europe's Ian Haugland. Tony Spinner does a great job on, what some would say, was the most unique part of the Budgie sound, Burke Shelley's vocals.” Bourge added “I have now heard the tracks and it is the best meal I have ever had! You and the guys have made me feel something I thought I had lost. Mix is great, drums and bass, vocals and guitar work dish it up. So, thank you and the band!”

Bandolier Kings release 'Welcome to The Zoom Club (A Tribute to Budgie) via Grooveyard Records on January 24th.