EP Review: The Last Ten Seconds of Life - Disquisition on an Execution
Reviewed by Jacob Schwar

Hailing from the ‘keystone’ state of Pennsylvania, The Last Ten Seconds of Life continue to deliver their signature form of sonic brutality on the new and aptly titled EP Disquisition of an Execution. Following on from the release of their self-titled album in January 2022 which saw new vocalist Tyler Beam (ex-Promise Breaker) at the helm, TLTSOL have created a ferocious yet consistent release that includes subtle experimentation whilst still keeping true to the relentless ferocity of the deathcore genre.

The EP opens with the song Dreams Of Extermination and upon first listen we are greeted by an angelic female choir, perhaps an unsuspected surprise for a new listener however we’re soon confronted with a visceral blast beat attack in which we are introduced to the sheer heaviness that is TLTSOL. The song then transforms, becoming slow and doom-like but in no way losing its ferocity, the angelic choir reappear adding an extra hint of trepidation to an already terrifying soundscape. The subtle use of choir and samples on this EP continue to show the experimental element in TLTSOL’s sound, listeners will find it refreshing to hear experimentation in a genre which can honestly become stagnant or uninspired at times. 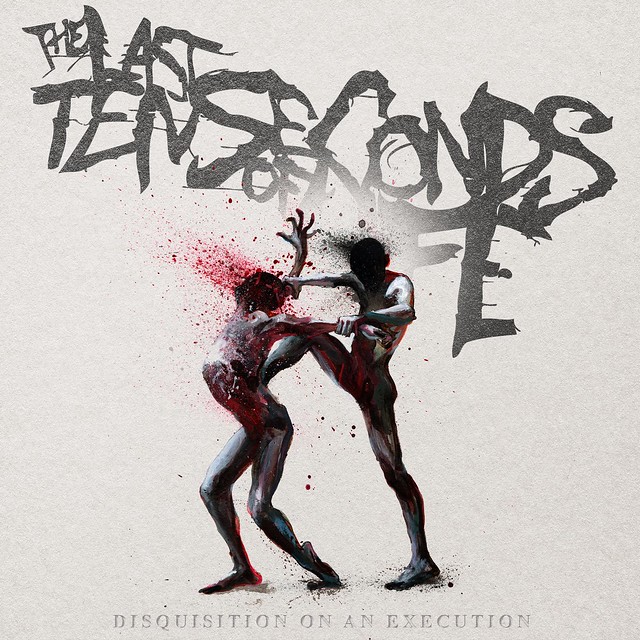 The next two songs on the EP are more traditional deathcore though still as visceral and blood-pumping as the previous. Retribution wastes no time in getting started and we are quickly subjugated to ferocious instrumentation including devastating blast beats. However after a minute of brutality we hear brief silence followed by the angelic choir once again, this time instilling a sense of hope though such a feeling is quickly denied by the following onslaught. Yet amongst this carnage we are treated to an incredible solo by guitarist Wyatt McLaughlin that is reminiscent of Chuck Schuldiner’s finger work especially around Death - The Sound Of Perseverance era. The next song Liberation is without doubt the ‘catchiest’ song on the album with a punishing hardcore-like intro that would get any crowd moving. Further on in the song we get to hear some more of the unique experimentation by TLTSOL in the form of what are presumed to be conga drums within the background, an instrument not at all associated with deathcore yet seems to work adding some extra percussive flair to an already punishing groove.

The EP comes to a close with the incredibly atmospheric and brooding song Annihilation Phenomena which could be one of their best tracks so far. There’s a strong cosmic vibe with this song similar to the likes of Spectral Voice with the eerie lullaby-like guitar work amongst vicious riffing which is executed perfectly on this track. As the song nears its end we are subjected to the biggest breakdown on the album, the word demoralising comes to mind, bringing the EP to a close.

Disquisition of an Execution is a strong addition to the TLTSOL discography that current fans and new will find truly appealing. Recommended specifically for fans of Fit For An Autopsy, Aversions Crown, Humanity’s Last Breath and those who like their deathcore with a more experimental edge whilst still retaining that punishing sound.