Cattle Decapitation Return To The UK And Ireland This April.

Following the release of their critically acclaimed new album Death Atlas, via Metal Blade Records last November Cattle Decapitation has now announced their first headline tour of the UK & Ireland in support of its release for spring of this year as part of a bigger run taking in Vienna, Reykjavik and everywhere in between. 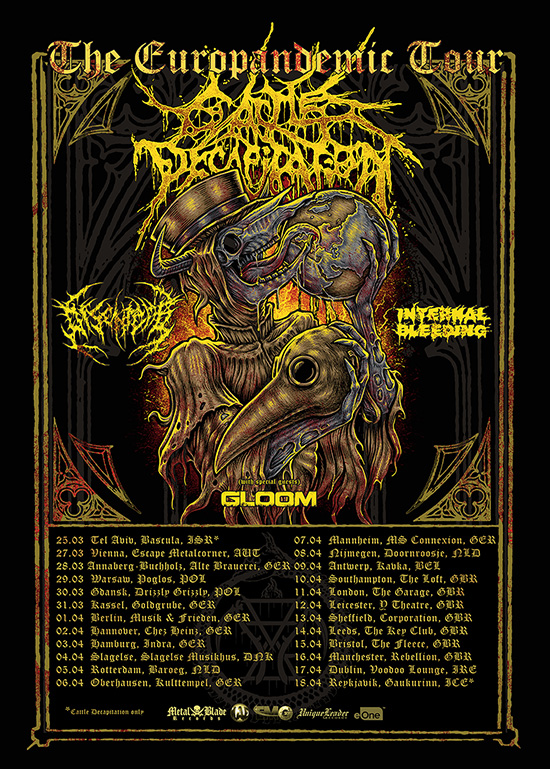