When the weather turns cold outside there’s only one thing for it, head to KK’s Steel Mill in Wolverhampton to seek shelter and check out another great band. This Saturday Myke Gray is in town, the former Skin guitarist on a solo tour with Kim Jennett, support coming from The Howling Tides. 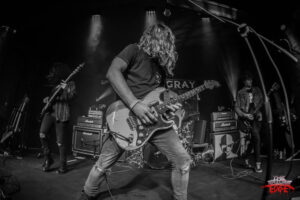 As the Lounge Room at the Steel Mill starts to fill up, Midlands rock outfit The Howling Tides take to the stage. Raunchy, dirty guitar riffs dominate as Robs enticing vocals kick in. His voice has that warm rock twang that makes you feel at home. A fast pace rock assault kicks off the set before a meandering, wonderful ballad kicks in highlighting the talents of all the members. A sleek bluesy number follows before the pace kicks up a gear as they finish off their forty five minute set. For a young band they play with the confidence of a band twice their age and that shows through in the thumping performance.

Myke Gray may not be the biggest of household names, but he’s played on some of the biggest of stages. Many a rocker will remember his former band Skin playing the mighty Monsters of Rock festival in 1994. But tonight is a little different, this is Myke as a solo artist and the setting is much more intimate. 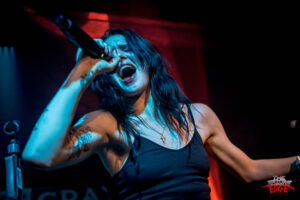 The lounge room is packed as the band take to the stage, Myke Gray entering last throwing his arms in the air and yelling “COME ON “ at the fans. As the band raise the roof through the opening bars of ‘Stand Up For Rock and Roll’  the whirlwind that is Kim Jennett joins them on stage. The petite singer with anything but a petite voice stears the Myke Gray ship through its opening numbers.

Whilst Gray provides the musical direction, Jennett provides the oomph that draws the crowd in. Flamboyant and in your face, her enthusiasm is lapped up by fans and the band alike creating the electric atmosphere.

Skin covers ‘Tower of Strength’ and ‘House of Love’ provide the crowd with opportunities to sing along, but set closer ‘I Get Up’ highlights the energetic rock fueled set. It’s not long until the pairing reappear at Stonedead Festival later this year, and we can’t wait to catch them again. 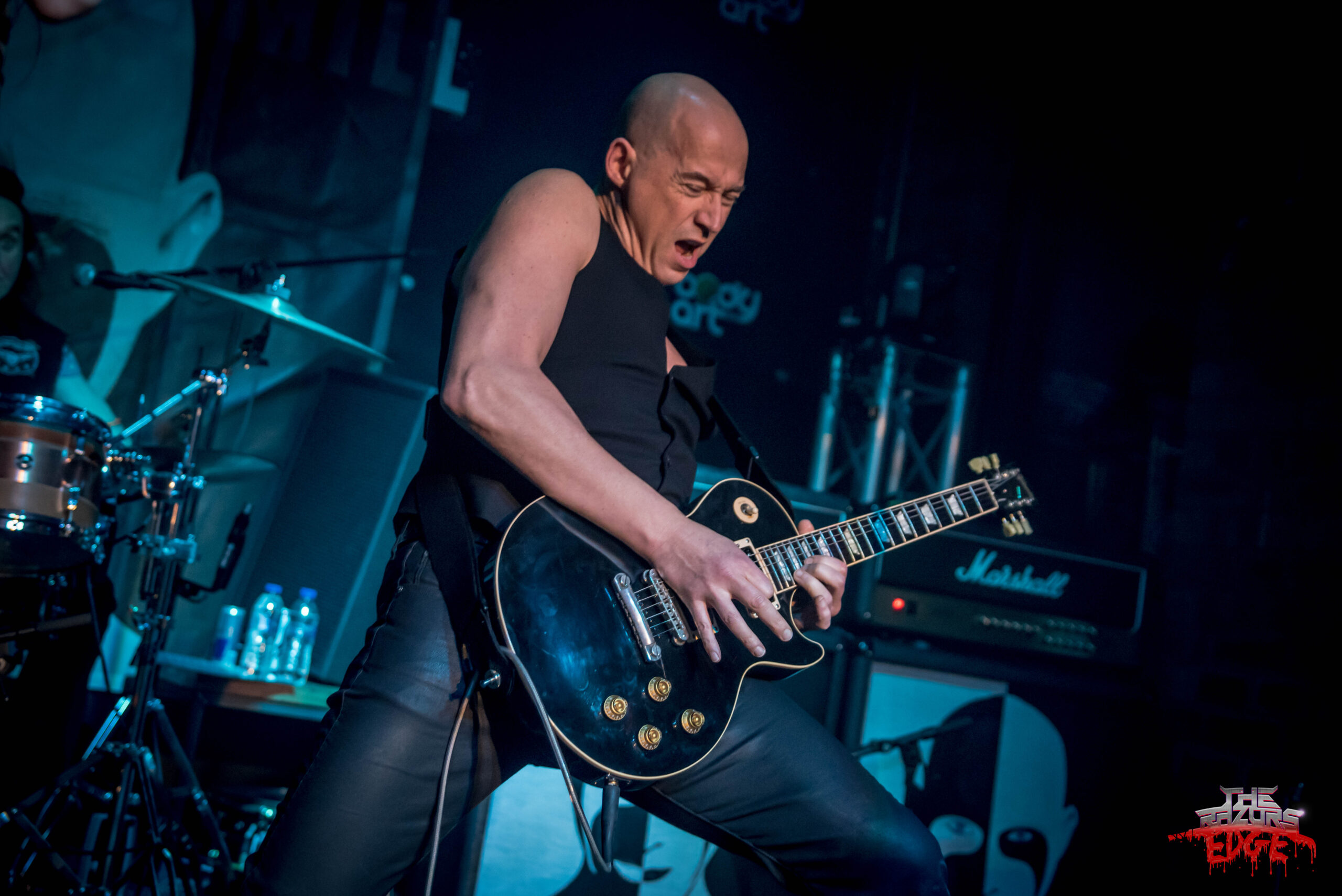