Toby Jepson premieres lyric video for lead single 'I Won't Be With You' ahead of the re-issue of his debut album 'Toby and the Whole Truth - Ignorance Is Bliss' (25th anniversary remastered).

Watch 'I Won't Be With You' (official lyric video):

The song is a reflection of Toby's mindset during a turbulent period after the split of his former band Little Angels following 1993’s number one album ‘Jam’ and a final sold out show at the prestigious Royal Albert Hall in 1994.

Since announcing the release of the special edition of 'Ignorance Is Bliss', Toby has launched a new podcast. Taking its title from the debut solo record, the 'Toby and The Whole Truth' podcast series seeks to uncover the reality of what it means to live and work as a successful person in the real entertainment business. Launched as lockdown took place in March, Toby has released introspective interviews with Ricky Warwick (Black Star Riders/Thin Lizzy/The Almighty) and Saxon frontman, Biff Byford. Each episode reflects on successes, failures, mental health battles, dreams verses reality, relationship struggles, excess, boredom and the mediocrity of a world hidden from view are all tackled in this compelling series. Toby's next guest will be his fellow Planet Rock DJ Wyatt Wendels.

'Toby and the Whole Truth - Ignorance Is Bliss' (25th Anniversary remastered) is out 17th July 2020. 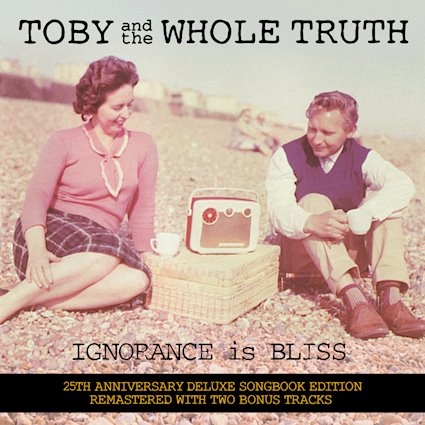