Another Dead Hero are an alternative rock band from Burnley. This single is the latest release from the band who have supported the likes of Sumo Cyco and the Butcher Babies in the past. Having formed in 2003, Another Dead Hero have made several releases with their latest EP, ‘Controlled Feedback’ delayed until later in the year due to the pandemic. 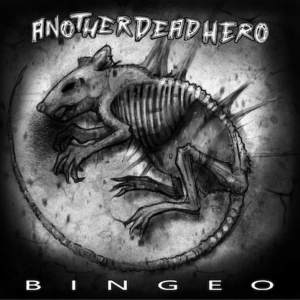 Influences include the Deftones and Rage Against the Machine, both evident in their feisty delivery. Vocalist Olivia Jayne Turner’s smoky delivery dominates, whilst the riffs are heavy enough to interest those who may rarely venture this way. It’s not the kind of music I’d be drawn to but the individuality and spirit of the band shines through in the aggressive power that emerges as the track progresses. The song finishes abruptly, almost curtailed although for dramatic effect it works well enough.

Not being familiar with the band’s previous work, I’m taking this purely on the one song. If you enjoy your alternative side laced with RATM and the industrial stomp of Nine Inch Nails and Korn, you may wish to give ‘Bingeo’ a listen.