Corey Taylor found fame in one of the most controversial heavy metal bands of recent times, and now one of the biggest bands in the world, Slipknot. As the masked frontman he forged his Grammy award winning career, taking breaks from the band for his other, also incredibly successful project Stone Sour.

So come 2020, the most unpredictable year in living memory, and Corey Taylor is branching out yet again. A new album is imminent, but not for Slipknot, nor Stone Sour. Instead Corey Taylor is going out on his own with his debut solo album, ‘CMFT’.

Going into this, I should warn the listener, if you are expecting this to sound anything like Slipknot, I would walk away now. This album is very much Taylor doing his own thing. It opens with two tracks that have already been released as singles, so you may already have a flavour of what is to come. ‘HWY 666’ is a classic rock n roll affair, with hints of country rock to which Taylor’s vocals suit perfectly. The bounding rocky tune leads into ‘Black Eyes Blue’ which sits in contrast to the opener, a completely different feel, still with the basis in classic rock but there’s no country on show here, more an acoustic power ballad of sorts. 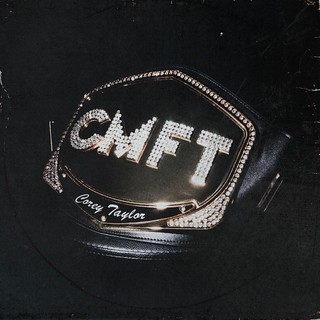 As we move deeper into the album ‘Samantha’s Gone’ intrigues, channelling his inner Francis Rossi, Taylor has crafted a tune that would not be out of place on a Status Quo record. It’s a good old rock romp.

Each track on this album stands alone, it’s less a flowing album and more a collection of tunes bound together in the form of a traditional record format. That’s not a negative, it just describes how the album fits together and it doesn’t take away from the listening experience at all.

‘Culture Head’, another previously released single, has a much darker feel and is probably the most “metal” song to feature on the album. Jason Christopher’s bass takes prominence, that reverberating bassline driving the music forward and drawing the listener in. Whilst ‘The Maria Fire’ has a New Orleans flare to it and “Home” is the true ballad on this album.

With ‘CMFT’ Corey Taylor announces to the world he is not bound by the chains that shackle him to the certain ideals of either Slipknot or Stone Sour. ‘CMFT’ is his statement to the world, his coming of age as a song writer and performer in his own right.