APF Records, home to the likes of Video Nasties, Mastiff and Beggar has gradually established itself as the place of worship for the debauched and wasted within the UK heavy scene and now the time has come to bow down at the Corrupt Moral Altar.

After years of being associated with that one band from the 60s you might have heard of, Liverpool has done its level best in the past decade to be a hotbed for filthy, nasty riffs, rapid, crushing blast-beats and fuck-you vocals; and Corrupt Moral Altar are one of the leading names in that movement, merging the abrasive sensibilities of the heavy spectrum into a head-pounding cacophony of pure aural hurt.

Gliding effortlessly between the jarring aggression of the heaviest of grind and sludge to those infectiously punky hooks, their two full lengths, 2014's 'Mechanical Tides’ on Season of Mist and 2017's self-released ‘Eunoia', barb their way into your brain stem and don't leave your head no matter how hard you pull. You'll be lucky if your neck stays in one piece when Corrupt Moral Altar are assaulting your eardrums.

With new EP 'Patiently Waiting For Wonderful Things’ set for release on 27th November, the remaining months of 2020 are going to get a bit more brutal round these parts as Corrupt Moral Altar look to cave your skull in. ‘You Smell Expensive’ is the first single to be shared with guitarist John Cooke stating,

“As the planet feels like it has become more brutal and surreal we offer a song to echo those sentiments. A nightmarish kaleidoscope of media confusion, normal people trying to be kind in a cruel world while fantasising of its demise and the smell of certain political leaders. Presented for your consideration: You Smell Expensive”

"Yeah we have been quiet for a while but that’s life and we had shit to do BUT we are back now and with some powerfully ignorant songs for truly ignorant times. Let’s face it, the world looks pretty bleak at the moment. We were inspired by recent events to write songs that reflect the absurd and surreal landscape we are experiencing so right now feels like the perfect time for CMA.

We are ever the optimists in CMA so the future holds more music and back to playing live which we all miss. Just like you we are Patiently Waiting For Wonderful Things.” 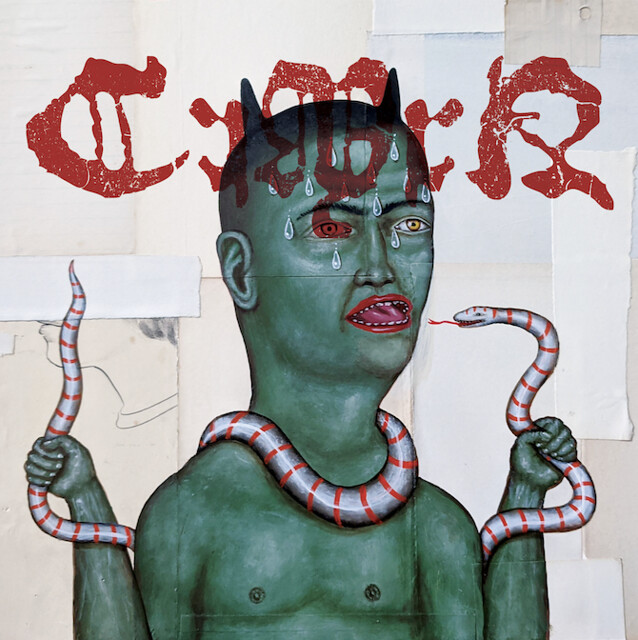