Lock ‘n’ load! Today, Gen and the Degenerates announce their brand new EP ‘Only Alive When In Motion’ with their new single ‘Girl God Gun’.

Hot off the back of an incendiary performance as part of House of Vans – Next Era series, Gen and the Degenerates will be releasing a five track EP on March 30th via Marshall Records.

Today the band debut their latest single to come from the EP in the form of ‘Girl God Gun’. On this track Gen tackles the seemingly inescapable question of “What is it like to be a woman in music?” head on. The music video, directed by Humble Film Productions sees the band bring all of these references to life and more in their brilliant brand new video.

“This music video was a lot of fun to film. We wanted to depict a stream of consciousness with a one shot style video; bringing abstract ideas to life and showing off the personality of the band and our sense of humour…We hope people interpret it as the deep and nuanced piece of art that it is, one that would not be out of place amongst the artworks in the Louvre and of course this music video will be a blockbuster hit when it inevitably makes its cinema debut across the nation.” - Gen Degenerate

Regarding the theme of the single, this is of course something that is very close to not only Gen's but the band's heart.

“I wrote this song out of a frustration at having my art and work viewed primarily through the lens of being a woman, when there are so many other things that I identify with more strongly. It’s written as a stream of consciousness response to that frustration every time I’m asked “what’s it like to be a woman in music?” and it depicts both the real and abstract things I identify with more than the label of Woman.” - Gen Degenerate

“Girl God Gun is the Degenerate take on post-punk; drawing inspiration from both modern and 70s styles of post punk, whilst bringing energy and heaviness into the sound from our grounding in rock with guitars that draw influence from Sonic Youth and Trail of Dead.” - Sean Healand-Sloan.

The EP, titled ‘Only Alive When In Motion’ looks both inward and outwards with Gen’s unwavering gaze being firmly fixed on doing right by not just themselves but everyone. Each of the different tracks focus on a particular element that has not only affected them but no doubt countless others. Varying from struggling with mental health and sexual identity, to the danger of idolising celebrities and the pedestals that they stand on ‘Only Alive When In Motion’ is an EP that’s here to set the record straight. 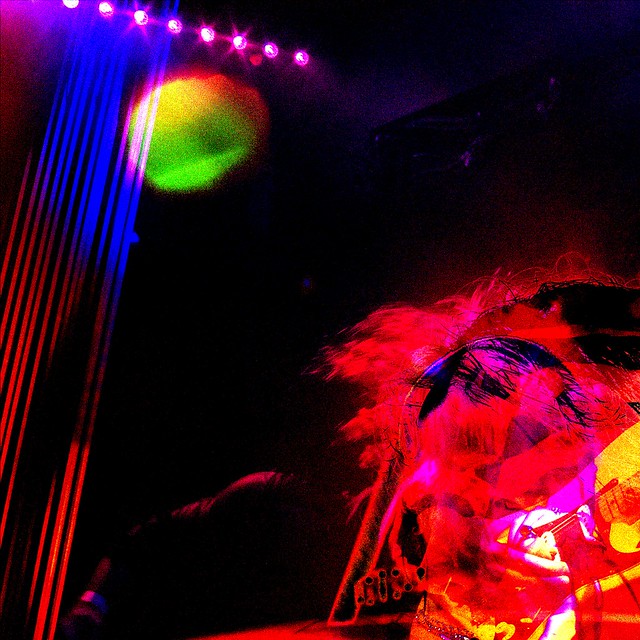