Having released a new album in 'City Burials' at the start of the pandemic, Katatonia have had little opportunity to promote their new songs in the live arena. So this coming November the band are all set for their second release of the year, this time in the form of a very special live album.

Just prior to its release we had the chance to chat with Niklas about both releases and a lot more in between.

The Razor's Edge: I would be remiss not to start by asking how you and the band are in these times?

Niklas: Of course, right now, band is not very active. We´re just trying our best to stay positive regarding the future. However, there is also a big underlying frustration of not being able to go out and support City Burials by touring, which is something we all looked forward to and also love to do.

The Razor's Edge: I was not shocked when Katatonia announced a hiatus although I was obviously upset as a fan. That must have been a difficult decision. I know that Roger’s injury was a factor. How did you feel at the time?

Niklas: I thought it was sad to put the band on pause for a while, of course, but also understood the need for doing this. The band has been around for ages, and needed a pause for that reason in itself. Jonas and Anders have been doing this since before they could legally buy beer - they´ve also been going strong all these years with no real break, so it was perhaps about time.

The Razor's Edge: Thankfully, you’ve come back relatively quickly. What prompted the return and was there much discussion within the band before it was agreed?

Niklas: It felt more like a natural continuation than something discussed amongst us in the band. We all felt motivated and hungry to get back at it, so it was a no brainer. 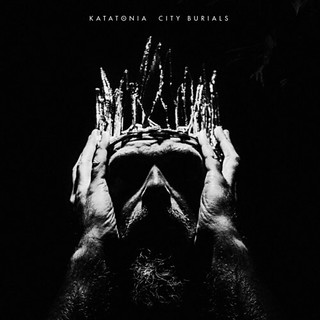 The Razor's Edge: ‘City Burials’ is another fantastic album that I’ve really enjoyed this year. Was the writing process similar to the previous albums with Jonas and Anders taking the lead?

Niklas: It was very much the same, but this time Jonas being responsible for all the written material. Other than that, it was very similar and familiar. I got presented the songs, practiced them at home until my fingers were bleeding and then went into the studio to nail them (and celebrating it all with having a bloody good lunch, of course). Jokes aside, the restaurant near the studio actually had a very good lunch, so it was a motivator to nail the parts even faster.

The Razor's Edge: How much input do you have in the writing?

Niklas: I get the freedom to present my own ideas and angles to the bass lines written for the songs. To be heard as a bass player is something I value a lot – for it to be considered an important part of the soundscape and not just something to fill a void.

The Razor's Edge: It was released right in the middle of the pandemic which was a brave move. Was there much consideration about delaying it?

Niklas: There were talks about delaying the album release. I think probably most bands and labels considered it at the time. However, for us in the band, it was something we opposed. We wanted to keep the release date as it were. I also think it was something that people needed in that stressful time. Unfortunately, that stressful time stretches into this very present moment.

The Razor's Edge: Once it was released, I think the overall response was very favourable. Were you and the band pleased with the reaction?

Niklas: We were very much pleased with the reaction. I always try to soak in all the positive feedback and leave the “haters” out of my mind. There´s always people who speak their mind, and then some, online, but they were a bare minimum.

The Razor's Edge: Roger has now been with the band for four years. What changes have you seen with him since he first joined the band?

Niklas: There´s definitely more solos in the music now, which is something I think is great. He´s one hell of a guitar player - perhaps the best I’ve stumbled upon. There´s really no limits to what you can throw at Roger. You can throw a difficult lick at him in minor and in a second, he will be able to play it in major as well. When I’ve finished my 150 years practice goal on guitar, I might get close to his technique and musicality. 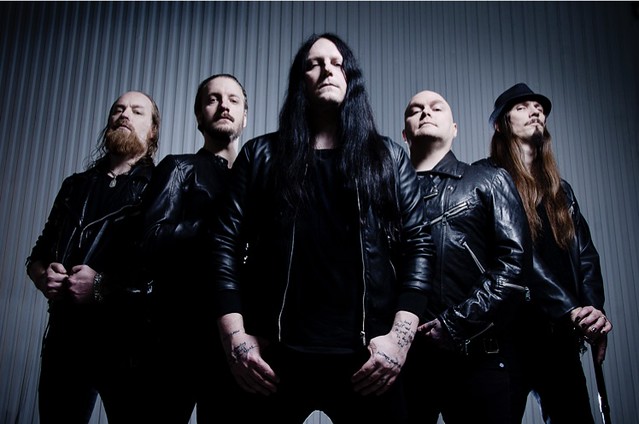 The Razor's Edge: Let’s move on to ‘Dead Air’. This was a live recording in May when the lockdown was on. What was the reason behind the original lockdown sessions?

Niklas: The reason is simple - since we couldn´t go out and play live, we needed to turn to what was available. The solution was to live stream a gig via the worldwide web. It is something that of course differs a lot from a regular gig, but it was something that turned out to be a great experience.

The Razor's Edge: And whose decision was it to release the record/CD/DVD now?

Niklas: I think we all thought that it sounded so good that it could be released as a record early on. The evening before the stream, we recorded our last rehearsal in the studio just to get a sense of how it sounds. It was like playing back a live record, so maybe a seed was planted already at that very moment.

The Razor's Edge: The band played a great set. You’re a musician, you thrive off audiences. How difficult did you and the band find the whole event?

Niklas: It was quite hard and difficult to get into the gig the same way as at a regular gig. Just as you mentioned, I really thrive off the audience’s reaction and the exchange of energy between the band and the audience. It’s something that can´t be fully captured; only lived. That´s something I really miss.

The Razor's Edge: The set list was selected by fan votes. I’d say that it is a Katatonia greatest hit’s set. Was there anything in the list that you (or the band looked at) and thought “Right, I’m going to need to relearn that!”

Niklas: I can only answer for myself, and since I’ve played them all a bunch of times live, it was more having to play them through a few times at the rehearsal space just to get that muscle memory back on track. However, the biggest challenge was to play the new songs, so that was something I focused on.

The Razor's Edge: The three tracks you played from ‘City Burials’ happen to be the three singles. Was that the reason they were included?

Niklas: I haven´t really reflected on that, but I think the main reason that we chose them is that they really fit into the set. My favourite of them to play was Lacquer, since it needed to be arranged for a full band performance as it is all electronic on the record. That was a highlight for sure.

The Razor's Edge: You’ve been in the band over a decade now. How do you feel the band’s sound has changed in that time? You are still melancholic but there seems to be even more of an organic development. Is that a fair observation?

Niklas: Both yes and no. I think there´s lots of electronic passages and samples incorporated into the music. However, the latest full length is more direct than “The Fall of Hearts” which was experimental and progressive. I really welcome the more direct approach, and I think most songs on City Burials would do very well on stage. 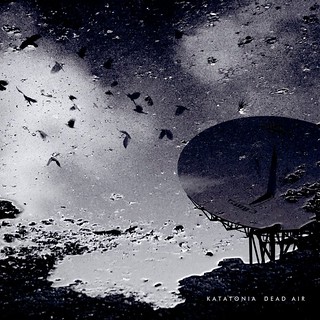 The Razor's Edge: You’ve travelled all round the world not only with Katatonia, but in LIK and several other bands as well. You must have many highlights. What really stands out?

Niklas: The moment that really stands out with Katatonia is the gig we did at The Union Chapel in London on our acoustic run with Messenger. The air was electric, and I think I’ve never been as nervous before a Katatonia gig as I was that evening. With LIK, it was Party.San Open Air in Germany. The tent was packed to the point to where people were viewing it in rows outside, so it was really a special moment for the band. I can´t really remember one moment from playing that gig. It must have made such an impact on me that it made my brain short circuit!

The Razor's Edge: I must congratulate you on ‘Misanthropic Breed’ as well as it’s another brilliant album this year. I’m a layman when it comes to music. Is it easy to switch between bands?

Niklas: Thank you! I´m very happy with how it turned out, so it means a lot to hear positive feedback on it. Switching between bands is quite easy and it´s something that makes the other band feel fresh when coming back to it. This is especially true when playing bass in a melancholic rock/metal act and guitar in a death metal band. I really get to be in the best of both worlds, so I consider myself lucky.

The Razor's Edge: Live music seems a long way off at present. How are you managing without playing?

Niklas: Gaining maybe a few extra kilos by cooking decadent food, drinking lots of Pripps (an excellent lager beer from here in Sweden) and trying to stay positive. Even though it´s hard sometimes, I try not to feel too hopeless in all of this. The gigs will return one day, and then we´ll be there to serve up a big cup of melancholic music to everyone who craves it.