It’s hard to believe that Dream Theater have been together as an entity for thirty five years now, having formed at Berklee College of Music back in 1985. Throughout their long and successful career they have forged a path and grown a reputation for being one of the best in progressive heavy music. Fourteen studio albums released over that time and two Grammy award nominations are testament to the bands skill and popularity.

Over their career the band have also recorded eight live albums, and this year release the ninth live offering in the form of ‘Distant Memories’ which was recorded at their sold out show in London’s infamous Hammersmith Apollo. The show, special for many reasons, includes the band playing through the ‘Metropolis Pt. 2: Scenes from a Memory’ album in full!

To kick off the live recording, the band leap straight into ‘Untethered Angel’ taken from Dream Theater’s latest album ‘Distance Over Time’ which flows beautifully into the full sixteen minutes of ‘A Nightmare to Remember’. The first segment continues through the Dream Theater back catalogue covering a range of majestically crafted tunes. 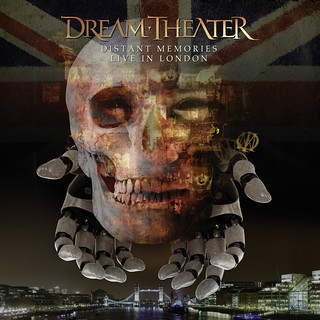 If you’re listening to the CD version of this record then with the second disc the band start the recital of ‘Metropolis Pt. 2: Scenes from a Memory’. Their musical talent carving out music that has the feel of a cinematic score to it. The soft touch of ‘Scene One: Regression’ broken by the artillery fire of drums that form the intro to ‘Scene Two: I. Overture 1928’.

The ‘Metropolis Pt. 2: Scenes from a Memory’ recital in the live setting really is perfection, note perfect, but with added atmosphere from that live audience, crowd feedback adding warmth but overall the music is that bit more gripping in that live setting.

As we head towards the end of disc three of the CD version of the release, the album recital winds down and the live set is closed off with ‘At Wit’s End’ the encore from that Hammersmith Apollo show taken from the ‘Distance Over Time’ album.

For so long Dream Theater have been the bastions of progressive heavy music, been able to push the boundaries of heavy music with ease and taken the listening on a mesmeric journey. With this live album the band demonstrate just how encapsulating their music can be, and just how well it can translate to the live environment. The album won’t appeal to all, if you like short sharp bursts of aggressive music you won’t find that here. But if you are willing to let the music take hold of you and be taken on a journey, this album is mesmeric perfection.