Forming in 2018, Brazen Bull, a youthful band from East Anglia, set their sights on becoming one of the UK’s fastest rising rock bands. Mixing both the classic and modern rock sound with heavy metal edges, in their music the band have created a unique sound that is palatable for both rock and heavy metal fans.

The band hit the road in 2019 and had support slots with Higher On Maiden, Atorc and Renegade Twelve. Following this, the band hooked up with Raoul Crane of Blaze Studios to get to work on their debut album, the self-titled ‘Brazen Bull’.

Brazen Bull released the first single, ‘Angel’s Nails’, in November, to which they had a very positive reaction from fans and gathered over 5000 streams through Spotify and other streaming services. The band are now excited to unveil their second single, ‘Stray Wolf’, which is their most personal song.

Read what the band had to say:

“This song has always been used as an emotional release that we hope you can also see it as. The song describes breaking free from an abusive relationship and breaking free from the chains that hold you down. It has also taken different meanings to different people but the sense of moving on and being able to survive after is a key message to take home.” 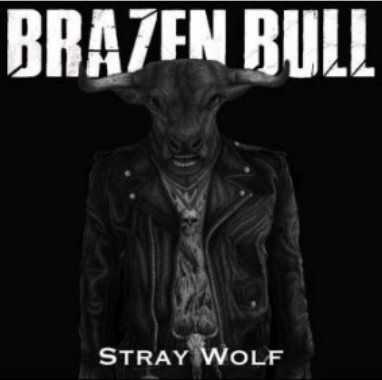