Just a few weeks ago Aussie extreme trio Werewolves released a blistering new album 'What A Time To Be Alive'. At the time we described the album as "Nine tracks of visceral hate, blast-beats flying at you from all angles the guitar and bass spewing forth all sorts of riffs and mayhem".

So Paul took the virtual flight over to Australia to chat with bassist/vocalist Sam Bean to find out more.

The Razor's Edge: Thanks for taking the time to speak to us via email, how are you all doing in Melbourne?

Sam: Matt and Dave are doing gloriously in Melbourne but I live in Adelaide. I’m doing alright here. The Fringe Festival season is about to begin, so we’re about to start partying.

The Razor's Edge: We are looking enviously at the reportage of bars, restaurants, and gigs all back on the menu. You must be relieved that a semblance of normality has returned?

Sam: Yeah, it’s good! Melbourne really earned it with their draconian 6 month lockdown. Adelaide has barely been affected, after the initial limitations back in April we’ve had about 6 days of hard lockdown and apart from that, everything’s normal. There is the general feeling though that everything could go to shit again very quickly so everyone is still being cautious.

The Razor's Edge: How much impact has the pandemic had on you as a band?

Sam: None. We’re so new that we didn’t have any shows or tours booked, and we’re pretty awesome at writing and recording remotely from each other. If anything, it has levelled the playing field so that we’re getting the same attention as the big touring acts. The scene belongs to whoever is putting out the most music at the moment, and that’s us. Things will be hard when the pandemic’s over. We might actually have to get off our arses and go play.

The Razor's Edge: For those who are unaware of Werewolves, how would you describe the band and its sound?

Sam: Fucking furious. Blackened death metal with no attempt at being innovative at all. It’s funny watching some of these hipster-moustached millennial fucks try and take it in, they don’t know how to deal with a brutal metal act that actually goes off the deep end and has some feeling to it. They’re like oh god, cringe, please give me another cookie-cutter brutal band with dumb lyrics just like everyone else or another abstract dissonance band so I can pretend I’m deep. Fuck everyone. Anyone who relates to the knuckleheaded feeling in Mortician or Deicide is gonna love us. 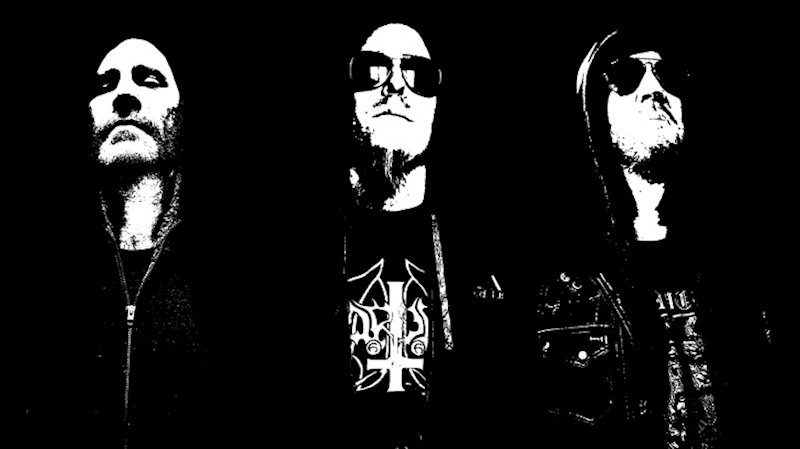 The Razor's Edge: You downplay everything you do but ‘What A Time To Be Alive’ was really enjoyable despite the viciousness and contempt contained within it. What gives you the inspiration to write?

Sam: I don’t know if inspiration is the right word. It’s just something we do. We’ve been playing in bands for over twenty years. No matter where we live, which band, which country, what job, what relationship, we’re making music. It’s about the only constant. We’re not in this to hang out with sweaty guys and sink beers and talk about Slayer. We hate that shit. We’d rather be making ridiculous songs. This is fun. If the scene disappeared overnight, if every cent in the industry disappeared, we’d still be making this stuff and laughing our heads off, seeing how crazy we can get.

The Razor's Edge: Is it important to have reviews from around the world when you release an album?

Sam: Only if they’re good reviews! There’s plenty of Australian bands out there, so we’re not as exotic as we may have been twenty years ago. The music has to be great, there’s no curiosity factor about what an Australian band sounds like anymore. We’re not going to suddenly pull a South Korean crowd if the only Korean review says we sound like shit. We’ll always broadcast a good review from anyone, anywhere. I get slightly flummoxed though if someone dials in a 7/10 or lower and sends that to us. They tend to go straight into the trash can.

The Razor's Edge: The reviews I’ve read are positive. Do you care about reviews of your music?

Sam: Of course. Yeah, we know it’s not cool to get off on external validation. But I can spend five years writing the most innovative music for something like The Senseless, practice hard, sacrifice, put that album out, and see about four average reviews come in from people who don’t get it, and zero public interest. It feels a lot better when there’s a larger, more positive reaction, I can tell you! It doesn’t hurt that we think we’re awesome which makes any dissent easier to ignore. And honestly, I don’t think the reviews are positive because we’re so great, it’s just that everyone else is so shit. Fight me.

The Razor's Edge: Two albums in just over a year is a decent turnover by modern standards. Was it intentional to have two albums released so close together?

Sam: It’s gonna be three albums in two years before long. Release schedules are at Prosthetic’s discretion but as I said, we love writing and recording. We could probably go three a year easy, except that labels don’t operate like that and we may actually bump up against the limits of the public’s appetite for blithering high-BPM hatred.

The Razor's Edge: ‘I Don’t Like You’ is such a savage opening track; it simply roars out of the speakers. Was it the obvious track to kick things off?

Sam: Yeah, once everything had been mixed and we were working on arranging, it was the obvious choice to start things off. It’s like having a Doc Martin fly out the speaker and immediately kick your teeth in. It lets everyone know what we’re about, and if they can’t handle the first ten seconds, then the album’s not for them.

The Razor's Edge: You’ve been around the extreme scene for many years. How do you view the health of the scene now?

Sam: Hmmm….I’m probably the wrong person to ask. I don’t have much to do with the scene at all, I got bored with it years ago. What passes for innovation these days is the aforementioned dissonance bands who actively avoid hooks (or anything enjoyable) in their music, Nile wannabes who hurl riff salads at you, the Big Melodic Chorus crowd, Technical dm bands doing the musical equivalent of shouting “look at me! look at me!” and fuckhead brutal death metal bands going bree-bree-bree. It’s a huge step back after the greatness of the 90s and the big steps in the early 00s. Basically, I loathe anyone who isn’t us. Does the scene still have a heartbeat? It’s there...but that inspired zeitgeist spark of energy has headed elsewhere, and that was what made it all worthwhile.

The Razor's Edge: You are clearly responsible for the world going to shit – you’ve said it yourselves. So, can we ask if you can stay in Australia for a bit longer?

Sam: That’s right, it was us! Every time we release an album, something catastrophic happens on the planet. I’ve had a look at how the UK, the US, and Europe’s going, and no problem, we’re happy to stay right here.

The Razor's Edge: Albums three and four threaten war and famine. How much work have you done on them (just so I can brace myself!)?

Sam: I’ll go do the bass for three and four in March, then the vocals for album three in April. The others have already finished their parts. Now would be a good time to dig yourself a bunker.

The Razor's Edge: Australia may be having gigs again but most of the rest of the world remains in lockdown with prospects limited for the next few months. What is next for Werewolves?

Sam: Recording. More recording. Videos. We might play our first show at some point this year, but we’re only going to book it in when we’re sure things will go ahead. I still think it’s too early even here for bands to go booking shows. You book a show two months out and promote it hard, then an outbreak occurs three days in advance and scuttles your plans. Fuck that.

The Razor's Edge: If some foolish metal fan reads this and wants to get some Werewolves merch or a copy of the album, where should they be directed?

Sam: They can get merch and LPs from here: https://direct-merch.com/collections/werewolves

And here’s the label’s links for purchasing our noise: http://smarturl.it/Werewolvesdeathmetal

The Razor's Edge: Thanks for your time – and best wishes for the rest of 2021 and beyond. 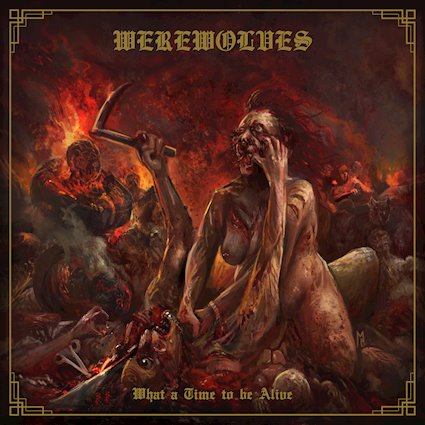