You don’t usually expect a young band to go Tool-lengths of time between albums but, for Minnesota-based melodic Hardcore band, Blue Ox, it has been damn-near a full decade since their last releases: Wet Dreams and Nightmares and its follow-up: Stray Dogs on Pity Party Island.

Take it from me, the intervening ten years have not mellowed Blue Ox in the slightest; in fact, remember that groovy drum on Sounds with Words from the debut or the trippy psychedelic elements from Stray Dogs? Well, they are nowhere to be found here.

Instead, Blue Ox have returned with a ferocious assault of an album, which wastes not even a second before rushing into the fray. It Doesn’t Work is probably the least appropriate song title and it piles in with a pummelling riff and screeching vocals before anyone’s had chance to get their coat off. 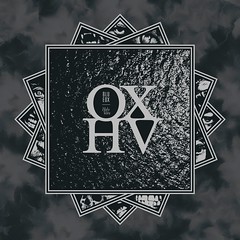 Chug-a-chug riffing and some major breakdowns across the record may make you think this is your generic metalcore fodder, but it is performed with such aplomb as to elevate it above the masses. Fly by Night and Lesser Gods and the Science of Superstition are laser focused on destruction and both tear faces with some uncompromising ferocity.

This, however, is not intensity for intensity’s sake as, amid the breakdowns and staccato riffs, can be gleaned some true Metal moments. Imploding Lazarus, for all its whirlwind execution breaks down into a doomy crawl; and Terrestrial Anxiety dresses it’s unstoppable charge in the clothes of the New Wave of American Heavy Metal.

The literal centrepiece to Holy Vore is the mighty Left to the Drift. It is here that Blue Ox are able to show they are still more than frenzied noise merchants as they allow the longest track of the record to breathe and develop. Although controlled and more structured than the rest of the album, it is no less fearsome and delivers some killer guitar lines. There’s even a spacey solo and some serious old school shredding to be found.

Though clocking in at a little over twenty minutes, Holy Vore more than makes up for its short run-time with some devastating tracks. Let’s hope Blue Ox don’t go all Gn’R on us and leave it another decade before banging something else out.