Album Review: Cruelty - There Is No God Where I Am
Reviewed by Dan Barnes

I’m starting to think the title of Cruelty’s debut album is less drawn from The Book of the Law and more a confession that they, like Robert Johnson before them, have been down to the crossroads and made a deal with the Devil himself. The proof, M’lud, is that no band should be able to record an album this good at their first attempt.

Formed in 2017 and having released a couple of EPs in the following two years, Cruelty have honed their craft sharing stages with the likes of Renounced, Higher Power and Big Cheese and, just before the world fell apart, had been out on tour with labelmates Employed to Serve and Palm Reader. 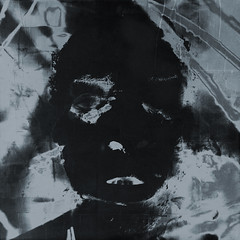 When you adopt the name Cruelty you know you are going to have to walk the walk and the band’s pummelling take on Metalcore meets Post-Hardcore is a sustained noise attack from start to finish. Dealing with subjects as heavy as familial grief, a morally bankrupt world and a humanity in freefall in the face of barren political and societal landscapes is going to need some heavy, heavy sounds.

At this point, Cruelty could have been forgiven for loading There Is No God Where I Am with massive riff after massive riff; of assaulting their listeners with a barrage of drums, a series huge beatdowns and a bowel-loosening bass. That would have been a great album and you can hear it throughout the debut’s running time.

But why settle? When Cruelty have far more to give. A Lie That Makes Life Bearable is filled with rapid-fire riffing, but the emotional peaks and troughs developed through dissonant chords and disparate musical phrasing lets the band build mighty edifices of sound only to tear them down almost immediately.

Crimson Eye features and edgy and angular vocal amid the collage of aggression, yet Spiritual War opens with a jazzy-feel, before layering staccato slabs of polyrhythmic sound into a battery of drumming firepower.

There is never a moment on There Is No God Where I Am that feels wasted. Whether it be the neo-prog guitar of To the Ground or the American-west feel of interlude Cut, complete with a rattler for good measure, Cruelty have filled every inch of their runtime with interesting motifs and ideas sure to draw you back time and again.

Across the album tracks breakdown into industrial sounds, acting as bridges to the next song and, like elsewhere on the record, this unexpected inclusion adds further colour and texture to an already sumptuous banquet of an album.

If I had to pick a highlight, it would be the Modernist-named Barren Land in Bloom: a big bass beat and a thick riff gives the song an upbeat feel - there’s even a moment of what could be some 80s electropop hidden deep within a bridge. Featuring huge hooks and some impressive chugs, the guitar morphs into an oddly compelling tone as the solo kicks in.

Equally impressive is the title track itself; six minutes plus of everything we’ve learned about Cruelty so far. It’s big, with a beatdown of tectonic plate shifting proportions, and a fitting way to bring such an album to a close. Yet, three minutes in and there is a switch – a string section takes over, playing a dirge but this does not feel out of place and, as the music swells the band re-enter, concluding the record with striking guitar lines and a myriad of chattering voices.

There Is No God Where I Am is an incredible album and one that certainly marks Cruelty as one of the outstanding new bands emerging at the moment. Another high-quality release from Justine and Sammy at Church Road Records who seem hellbent on bringing us exceptional class every time.