Album Review: Viking - Do or Die / Man of Straw
Reviewed by Richard Oliver

High Roller Records keep on dishing out the quality reissues seemingly hell bent of depriving dedicated thrashers with their hard earned cash in exchange for shiny new repressings of long out of print cult thrash classics. This time it is the turn of Los Angeles thrashers Viking who released a couple of quality albums in the late 1980’s. A band not a household name but definitely one appreciated by underground thrash aficionados. Formed in 1985 and originally named Tracer, the band changed their name to Viking in 1986 in tribute to the Denmark roots of brothers Ron (guitars and vocals) and Brett Eriksen (guitars). The band released two albums before disbanding in 1990 due to the new-found Christian faith of both Ron and drummer Matt Jordan. The band reformed in 2011 and released a third album in 2015 and are still active to this day. 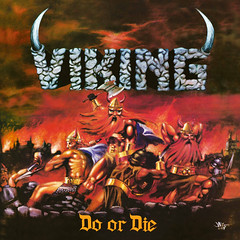 The first album by the band was Do Or Die released in 1988. Thrash was becoming ever more technical, melodic and progressive in 1988 so the straightforward brutality of Do Or Die probably meant it was criminally overlooked. This is very much a meat and potatoes thrash album but with levels of speed and aggression that give albums like Reign In Blood (Slayer), Pleasure To Kill (Kreator) and Darkness Descends (Dark Angel) a run for their money in the violence stakes. It has a very chaotic feel and the performances are a bit on the sloppy side which can be excused for a debut thrash album as the energy and enthusiasm are more certainly there. The production quality leaves a lot to be desired but doesn’t really affect the quality of the material. The lo-fi and sloppy nature of this album actually add to the charm and songs such as Militia Of Death, Berserker, Killer Unleashed and the title track are designed for wrecking necks and they still hold that power today in 2021. Do Or Die is a short and chaotic album and definitely earns its reputation as a cult classic. 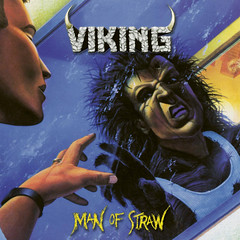 The follow up to Do Or Die followed only a year later in 1989 and was titled Man Of Straw. There is a world of difference between this album and its predecessor and the band had very clearly matured both their sound and skills whilst out on the road with bands such as Sacred Reich and Forbidden. This is a far more controlled album whilst still retaining that all essential aggression. Whilst their debut was a lesson in breakneck speed Man Of Straw sees the band wholly progressing their songwriting and musical skills with this being more comparable to albums such as ...And Justice For All (Metallica), Time Does Not Heal (Dark Angel) and Victims Of Deception (Heathen). It is a far more technically minded and at times more melodic album also aided by a far more clean and professional production and mix. What the album does lack in speed and chaos it more than makes up for with riffs which come in plentiful supply in songs such as White Death, Case Of The Stubborn, Winter and the title track. We even get a damn cool cover of Hell Is For Children (Pat Benatar) thrown in which shows the band had really come on leaps and bounds from their ultra aggressive debut.

These two reissues are solid late 80’s thrash albums which whilst overlooked at the time of their release can hopefully reach a new audience over 30 years later. There are old school thrash fans I know who have never heard of Viking. Let’s hope the new availability of this material can help remedy that.