GAMA BOMB have today announced an eight day headlining tour in UK / Ireland, with support from Shrapnel. The tour will get underway on November 6, with GAMA BOMB performing at Damnation Festival, and run until November 13. The headlining shows follow the Irish thrashers' previously announced European dates in support of Exhorder this September / October, and will serve as their first set of UK and Ireland live shows since the release of their latest album, Sea Savage, in December 2020.

Of the tour announcement, GAMA BOMB vocalist Philly Byrne comments: "As the first country where people really got into us as a band, we've always felt like the UK is home from home for GAMA BOMB. And after such a long and strange year without gigs, we're really excited to get back there and see some old and new faces, and some of our favourite venues. With vaccinations rolling, we're pretty optimistic this tour will happen and are preparing like Rocky for it. We're bringing a new setlist and stage show, too - think 'Live After Death on a Poundland budget' and you're nearly there." 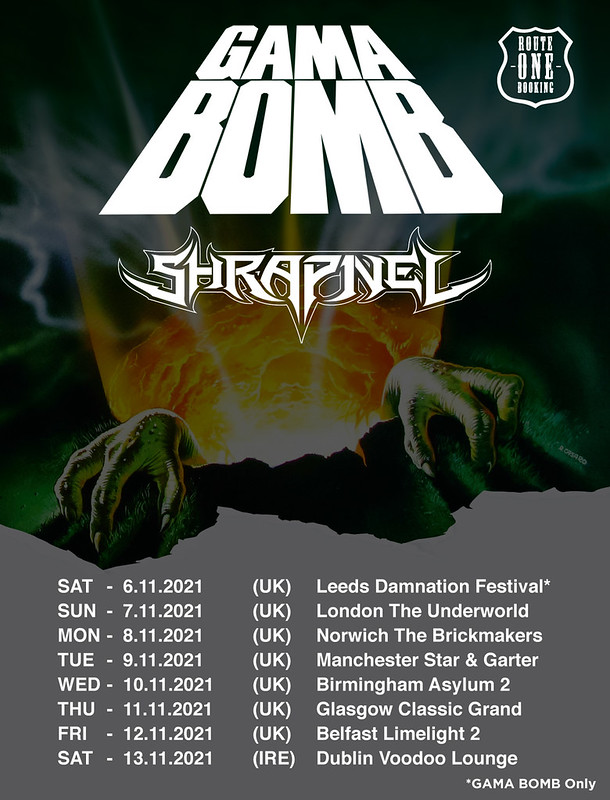