If 1998’s ‘Still Life’ was a clear hint at what was to come, when ‘Blackwater Park’ arrived in March 2001, few could doubt that this was the defining moment in the band’s career. Twenty years later and the album celebrates a magnificent anniversary with a variety of reissues, coloured vinyls, artwork and new liner notes. Few albums can be worth celebrating as much as this record, and the only shame is that there isn’t more of a collector’s edition, featuring some additional music [this reissue features a sole live version of The Leper Affinity].

A chance meeting with Porcupine Tree’s Steven Wilson led to the Brit producing ‘Blackwater Park’ as well as adding clean and backing vocals and piano. So, what is it about ‘Blackwater Park’ that earned it the number 1 spot in the Livewire 2020 Progressive Metal album list? There are many reasons.

It’s a breath-taking piece of work from start to finish. The opening track, ‘The Leper Affinity’ encapsulates all that follows. The slow burn that leads into the opening riff, the combination of Martin Mendez’s driving bass and Martin Lopez’s blistering bass drumming and Mikael Akerfeldt’s gravel-soaked death growls. And yet, there is melody, delicious aural kaleidoscopes that weave their golden tapestry. The hooks are killer; this is a ten-minute song you can hum along to as well as bang your head and lose your shit. It’s got everything, including some virtuoso guitar work from Akerfeldt and Peter Lindgren. 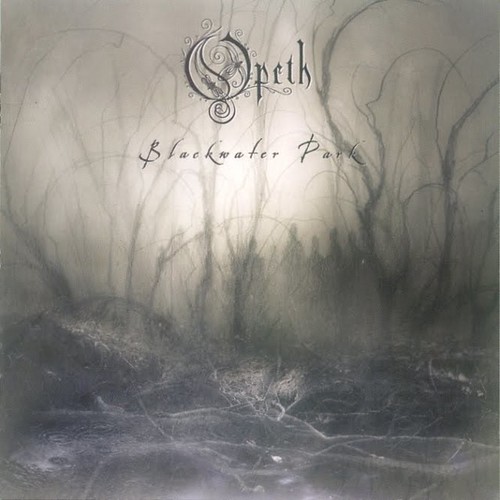 There is nothing commercial about this album, and yet it is so accessible. Who’d have thought that cranium crushing riff that opens ‘Bleak’ would one day become such a favourite? The way the track smashes its way into your room is astonishing. Soaring lead work echoes high above the growls, the tempo much more laid back yet providing a wall of sonic abuse that delights both death metal fans and progressive nerds alike.

Two songs in and we’ve already touched the 20-minute mark. This isn’t the work of someone drafting lyrics on the toilet, at least as far as I know.

Opeth were unafraid to mix it up. Track three is ‘Harvest’, dominated by Akerfeldt’s acoustic guitar work and Wilson’s superb backing vocals which add that higher pitched finish. It’s an opportunity to catch the breath, and at just over six minutes in length it’s the second shortest song on the record. The 70s progressive feel that the band had started to explore on ‘Still Life’ is in full evidence here and it’s simply beautiful. The shimmering solo that rises in the middle of the song is simple, yet intricate and delicate in delivery. It shines like a light in the dark.

Despite the heritage of the band being rooted in the death metal movement of the late 1980s and early 1990s, there is a subtlety and sophistication on this record which is hard to describe. The magnificent ‘The Drapery Falls’ rises as the centrepiece of the album, towering lead guitars fly high about the driving rhythm, hinting at the crushing heaviness that will fall from every angle … eventually. The change in temperature is a masterstroke, the atmosphere building with the echoing lead work, clean vocals and a palpable sense of tension that builds dramatically before breaking, only to repeat once more. The distant resonating guitar work sending chills down the spine. There’s no rush to explode into full death, more the opportunity to expand and explore. It’s a perfect song that combines all the elements that Opeth were playing at the time. The increase in tempo and the descent into the rawest death metal so far again work perfectly with the overall feel of the album. The music flows organically.

Gentle melodies feature heavily. After the punishing heaviness of ‘The Drapery Falls’ we arrive at ‘Dirge for November’, with that intricate and delicate acoustic introduction and Akerfleldt’s vulnerable vocals. That soon dissipates as the band ramp it back up with some piledriven riffs and searing guitar work, the anthemic soundscapes lifting the spirits before the return of some of the deepest roars on the album. It’s these contrasts that make Blackwater Park such an inspiring record.

The groove that underpins the songs is immense. Martin Mendez’s rampaging bass lines on ‘The Funeral Portrait’, combining with the pounding riffs powers the song, the guitar work complex and working its magic as the song soars. It’s a track that you can’t help but bang the head to. There are three minutes of simply blistering metal before a pause, then back to it and more bludgeoning style metal. It’s often overlooked but this is a song that really kicks out the jams. Nowhere was that more apparent than at The Royal Albert Hall in 2010 when the band blasted their way through the whole album in magnificent style.

Determined to carve their own mark, the contrast between the final duo on this album could not be greater. ‘Patterns in the Ivy’, a short, sub-two-minute acoustic featuring Wilson’s sublime piano playing merely allows one to compose oneself for the final assault.

And what a finale to this album. The title track, all 12:11 of it, is perhaps the most astonishing song on this monstrous release. ‘Blackwater Park’ is hideous in its enormity. It weaves, twists, turns, changes dynamics and tempo multiple times. Three minutes in and the pace slows to a crawl, the sole guitar carving out a niche, joined by the second one as the hairs on the back of the neck stand on end. If you want a song that builds in atmosphere, here it is. Watch Opeth perform this live and absorb the crowd response as the temperature slowly ramps back up. It’s magical. That explosion at the five-minute mark is terrifying as the roar erupts from the pits of hell. By eight minutes in Opeth are in full flight, their sheer pomp and majesty laid out for all to see as they slowly increase the speed to maximum. Lopez powers the band forward with his blazing drumming, the rest of the band building around him before that audacious acoustic finish. It’s an unforgettable climax to one of metal’s all-time classics.

At times exquisitely beautiful, at other times concrete smashingly heavy, you may have gathered that this is an album I could spend all day listening to and not get bored. 20 years on, the band has changed members and direction dramatically. Some of us still love what they do. Others have moved away. Whatever your persuasion, ‘Blackwater Park’ is an album that deserves every accolade. If you’ve never heard it, you really need to. If you have, then crank it up and enjoy it. Over and over again.