Springtime is the most revealing season. The hard work has been done and even the most amateur gardener can see the potential when Spring is in the air. Employed to Serve are in the springtime of their career. They have come a long way from split singles and grindcore to reach this point. Growing up in a scene that has sprouted so many heavy, extreme bands that have either commercialised beyond all recognition or disappeared up their own artyfarty backside, one could forgive you for thinking Employed to Serve would follow the same routes as many of their peers have done. But with 'Conquering' set to be released on the 17th of September they have an album that follows along the same path as the Architects have... “We are a heavy band and we are remaining heavy”.

Songs such as 'Set In Stone' and new single 'The Mistake' are testament to this fact. That's not to say that Employed to Serve explore avenues which may not fit in with their grindcore origins; there is a generous smattering of blast beats certainly in transitions of riffs during this album, but the main core is firmly centred on downtuned, heavy guitar driven riffs with unconventional arrangements. 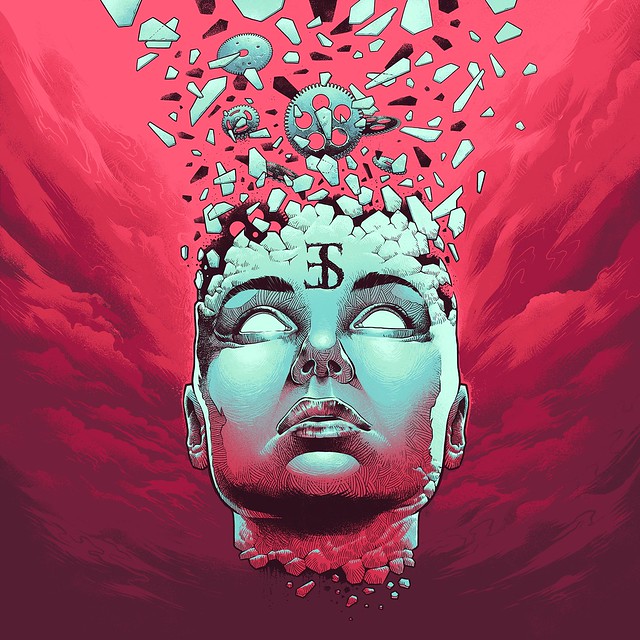 Songs such as 'Exist' and 'Stand Alone' don't follow the conventional rules laid down by other bands. The sting in the tail at the end of such songs as 'We Don't Need You' and the aforementioned single 'The Mistake' really does make these tunes worth listening to the end. There's no checking out early with this band. They venture into industrial areas with their music but don't overcompensate too much and they're not adverse to a big commercial chorus, such as on lead off-track 'Universal Chokehold' and the nu-metal tinged song 'Mark of the Grave'.

Justine Jones’s vocals, which are constantly on the edge, are at times complemented by those of guitarists Sammy Urwin on songs such as 'Mark the Grave' and 'Twist the Blade'. The three remaining members of David Prowler [guitars], Casey McHale [drums] and Nathan Pryor [bass] all put in a shift on this album.

Employed to Serve are surging ahead by developing their sound and songwriting in small increments. Springtime is in the air metaphorically speaking for this band. Walk the path with them and enjoy the fruits of their labour.