Album Review: Trouble - One For The Road Unplugged
Reviewed by Paul Hutchings

Originally released as a 1500 limited CD run for their 1994 tour, this double release provides diehard fans and those who are merely curious an opportunity to experience the grungier side of the Doom pioneers.

‘One for the Road’ features the line-up of Eric Wagner (RIP) on vocals, Ron Holzner on bass, guitarists Bruce Franklin and Rich Wartell and drummer Barry Stern. Having been released from their contract for not meeting Def American’s expectations, 1994 was all change for the band. For those who were immersed in ‘The Skull’, ‘Psalm 9’ and 1992’s ‘Manic Frustration’, ‘One for the Road’ saw a change in style and tempo, albeit with the riff still present. 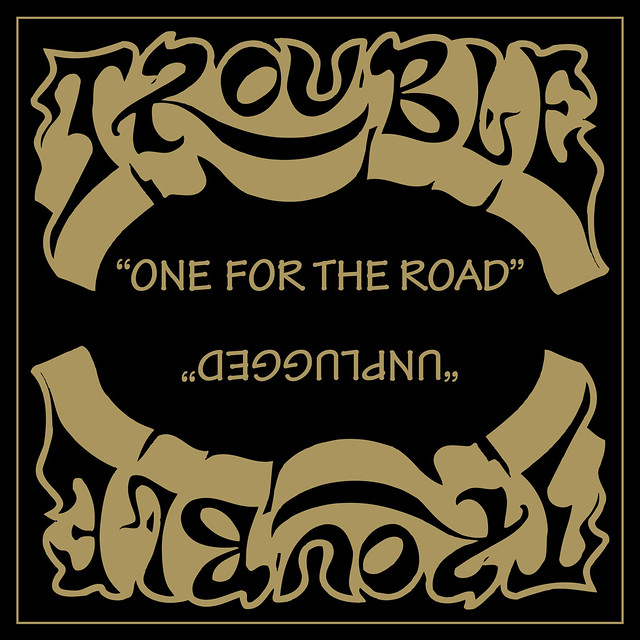 The songs on ‘One for The Road’ include ‘Goin’ Home’, which later featured on 2007’s ‘Simple Mind Condition’ and ‘Requiem’ and ‘Another Day’ that were included on 1995’s ‘Plastic Green Head’. Both ‘Goin’ Home’ and ‘Window Pain’ follow a stomping groove, whilst ‘Requiem’ unsurprisingly is more reflective.

Released in 2007, ‘Unplugged’ sees the line-up change substantially with only Wagner and Franklin remaining in the line-up. Ten tracks in their stripped back form included additional songs included in addition to the original listing. It’s fine if you want to put on some easy listening but as many fans said at the time, this is Trouble; “plug back in!” It’s an enjoyable listen with a decent remastering but covers of the likes of ‘Heart Full of Soul’ don’t really add much. Overall, this is likely to be a package for collectors only. If you want some real Trouble, I’d suggest heading back to those earlier releases.