Album Review: Unto Others - Strength
Reviewed by Tim Finch

Unto Others are an interesting entity, having formed as Idle Hands in 2017, the Portland, Oregon outfit started to build a reputation through 2018’s ‘Don’t Waste Your Time’ E.P. and 2019’s debut full length ‘Mana’. The momentum they were building hit a stumbling block when they were forced to change their name due to trademarking issues. In an industry where name recognition is everything, there is always the fear it could be a case of one step forwards and two back.

Now returning with their second album, the first under their new name, Unto Others are looking to build on the momentum they had been growing, and in ‘Strength’ there is every chance the band will, pardon the pun, go from strength to strength.

The press release that accompanies the album states “I hear Type O Negative, The Cure, Danzig, even Joy Division” which was enough to pique my interest, and certainly I can see all those elements in this one. Although as the intro to album opener ‘Heroin’ kicks in the listener is met with a thrashing, heavy riff that represents none of those aforementioned acts. It’s a brutal opening salvo, that allows the song to keep it’s pace high throughout, roaring along. Gabe Franco’s vocals offer a contrast and this is where the comparisons to the likes of The Cure and Joy Division come in. Gabe certainly channels his inner Ian Curtis at times, and as ‘Heroin’ progresses the music turns industrial and acts like Ministry come to mind. 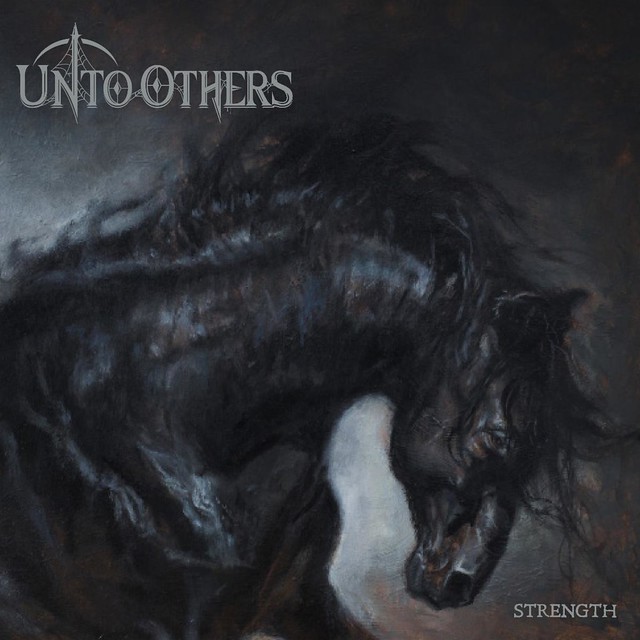 The album certainly offers a juxtaposition of styles and creative elements. Up until ‘When Will Gods Work Be Done’ there is an air of tension in the air, keeping the listener on the edge of their seats. But as this third track starts, it’s mellower, more genteel building in grandeur leading to an overall epic feel. ‘No Children Laughing Now’ continues in a similar vein; think Paradise Lost meets The Cure and you’ve got it spot on. In fact the latter of these two tracks would not be out of place at all on a Paradise Lost album.

In a world where so many bands churn out the same old sound over and again, it’s a breath of fresh air to listen to new music that is uniquely placed. Whilst it takes elements of all the acts mentioned, Unto Others blend these inspirations into an album that sounds totally unique and one that I doubt will be matched for a long time to come.