You know when one of the members of the first act about to kick off this four-band bill is wearing a Will Haven t shirt that things are going to be just fine. Well, if ever there was an understatement that was it. Moments in and the punishing grooves wash over the packed room and its clear something pretty damn special is unfolding. The swirling, spiralling guitar, soundscapes and effects playing out behind the rumbling, rhythmic bass make for an enthralling, hi energy and addictive performance from The Grey. Utterly compelling visually, the trios psych and doom infused, post metal delivers with such visceral sonic impact and their unified, animated showing forges an absorbing atmosphere. A respectful and poignant dedication of their final song is made to their friend, Owen from Hundred Year Old Man who sadly left us recently. Talk to each other is the message from bassist James and rightly so those in the room applaud in agreement before The Grey launch into emotional set closer ‘Church’.

Where do you go from such a profound emotive performance? It’s going to be tough to follow so a different type of energy fills the room. One that’s unrefined, messy but oh so fun. The belligerent Modern Men drag you kicking and screaming through a blistering set. Their punky, intense hardcore is a joyous celebration of how great it is to have live music back. The animated frontman clearly revelling in the return of orchestrating proceedings and strikes an impressive figure wading in and out of the receptive crowd whilst the hectic and brutal drubbing the band behind him unleash relentlessly is feverishly lapped up.

A pause for breath is much needed and the less frenetic but equally engaging Revell Wins offer that momentary respite. A clear cohesion and potency is evident from the local Instrumental two piece. With a bass as thunderous as it is technically dextrous and drums played with the proficiency and feel which many bands would yearn for, the gifted musicians ply their progressive heavy sounds with unbridled enthusiasm. Sadly the duo are not blessed with the best sound on the night and despite clearly being very united the bass often washed over in a rather inaudible noise sadly not doing justice to the innovative and brave music they produce.

Ohhms music could equally be described as brave and innovative. Last summers ‘Close’ album saw the Kent band shorten many of their songs from the characteristically lengthy progressive sludge epics to more direct, hook laden anthems. With the raucously brutal opener, new song ‘Lets Scare Jessica to Death’ Ohhms show why they are so suited to this kind of venue. A small packed room. Its intense, exhilarating and each of the five members possess a spirited personality whilst ensuring attention is focused on them. The mass of rolling doom power that is ‘Destroyer’ is electrifying and the punky ‘Asylum’ heightens the force and magnitude which displays how and why Ohhms are rightly regarded as one of the most vibrant and exciting live bands out there.

As visually strong as they are sonically crushing all five combine to create a quite hypnotic spectacle. The almost shamanic Frontman Pauls body writhes and twists as he chants and barks the words trading blows with guitarists Stuart and Marc and bassist Chainy who all insert their own shrieks and howls into the grinding maelstrom of psych charged doom. In ‘Revenge’ Ohhms showcase their truly captivating side. The immersive, defter moments are as intriguing as the expansive, crunching sludge. The epic ‘Magician’ closes the set, a dark brute of a pounding track which drummer Max orchestrates wonderfully and as with all the songs he lends such a feel, spirit and gravitas to. So with the set finished the cries of ‘one more song’ ring out. Dutifully the band launch into the savagery of ‘Firearms’, a rousing and emphatic finale to what simply has been a joyous, uplifting and welcome return to live music for many in attendance. 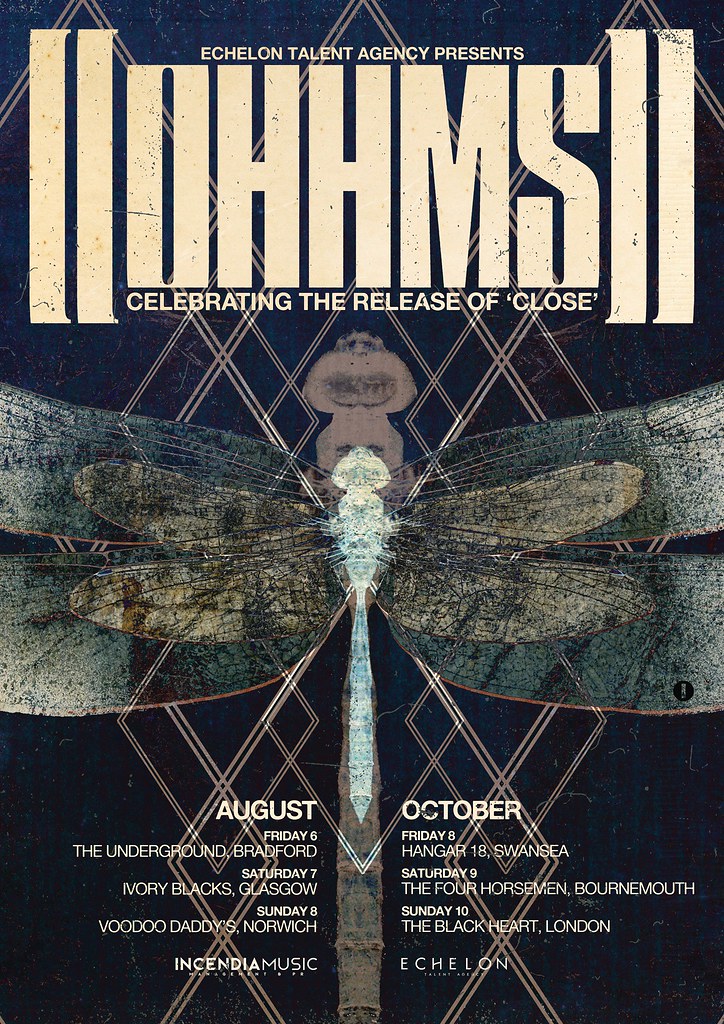