Today, they dropped a fearsome taster of that event, via the footage of 'Christians To The Lions', and have extended the window to watch the spectacular until Sunday 7th November, allowing more of the band's legions ample time to watch at their convenience.

Tickets go off sale at the following times on Sunday 7th November:

Watch 'Christians To The Lions' below and secure your ticket at this link.

With each set, BEHEMOTH showcase their glorious 30-year history and focus on each decade, starting with their early days of pagan & black metal sounds from 'Pandemonic Incantations' through their international breakthroughs; 'The Apostasy' and 'Evangelion', up to their most recent masterpiece, 2018's 'I Loved You At Your Darkest'. Thrice over, BEHEMOTH invoked musical demons from the past as they explored the depths of their discography. The event was directed by Dariusz Szermanowicz (G13 Production House). 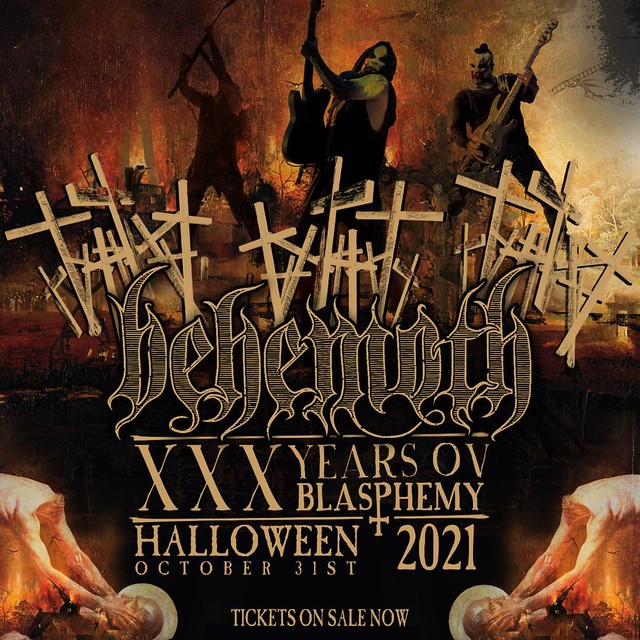