One of the things I love most about heavy metal is its ability to splice itself with countless other genres of music and create another subgenre of metal. Rage Of Light are a Swiss band who mix together melodic death metal and trance thus creating the trance metal subgenre. They have been creating some waves resulting in a signing by Napalm Records who released their well-received debut album Imploder in 2019 and now the band are ready to unleash their follow up album Redemption.

As well as being an album that mixes metal and trance sounds this is an album that mixes melody and aggression with songs that mix big melodies, enormous hooks, pounding rhythms and gnarly brutality. The guitars and trance-like synths take equal footing and work together complimenting each other rather than clashing whilst there is a mix of clean and harsh vocals from new front woman Martyna Halas with keyboard player and drum programmer Jonathan Pellett also providing some additional harsh vocals. 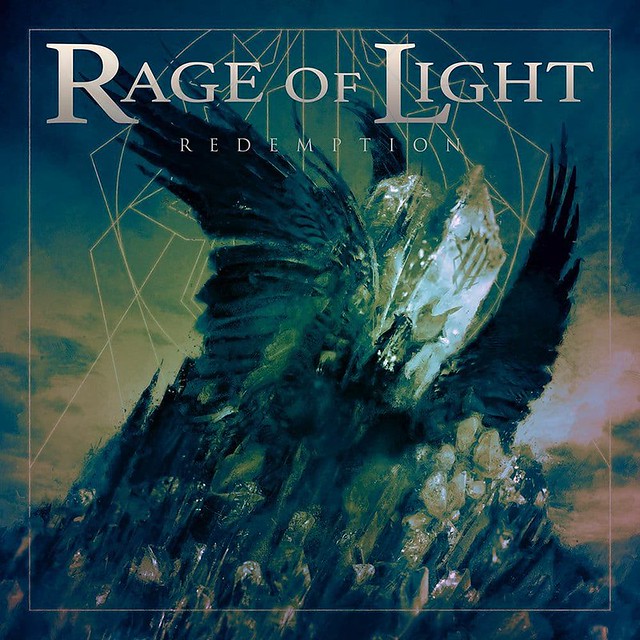 The songs themselves are a catchy bunch but don’t go too far into poppy territory being more akin to power metal in the type of melodies used. Songs such as Crusade For The Sun, Chasing A Reflection and Breaking Infinity perfectly mix the aggression, the electronics and the hooks together in impressive style whilst songs such as 2.0 push further into the electronic territory with heavy influence from dubstep and djent.

Redemption is a decent album. The style and sound isn’t something I would go out of my way to listen to but there’s no denying that Rage Of Light has something good going on here. Unlike other bands who perform a trance metal style Rage Of Light reign in the pop elements and make the trance work within the context of a metal song. I would personally prefer they had an actual drummer rather than using programmed drums but that’s just my preference. If you want to hear something different and interesting within modern metal then this album is well worth your time.