Their sound is energetic, a blend of classic metal and bar room rock, with Byng’s vocals at times having an uncanny echo of early Alice Cooper, a comparison which became even more apparent after multiple plays. The opening track to the E.P., ‘Voiceless Cries’ is a rampant hard rocker which sets the mark for the 29-minute record. There’s plenty to enjoy here, with the music as infectious as a Steps concert in Glasgow. 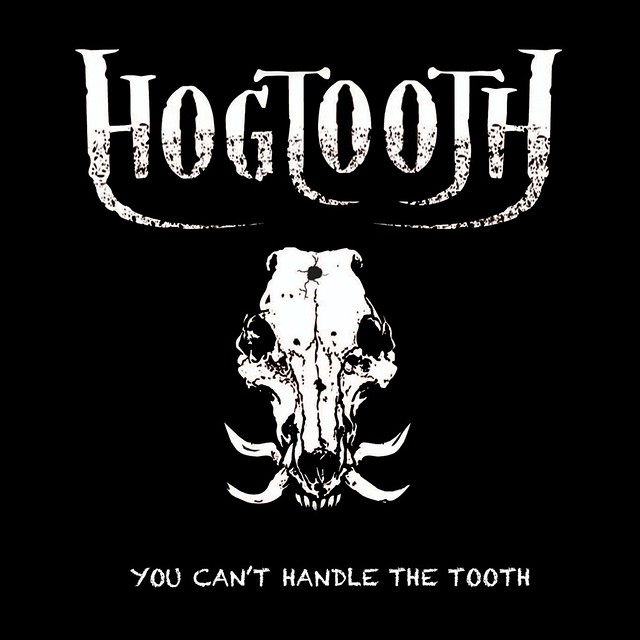 After three bouncing rockers, the mood suddenly changes. ‘Anointing the Sick’ has the right title for the mood of the song, a doom-laden intro changes to a riff-fest of a track, although I felt that the vocals struggle somewhat amidst the thunderous racket that the band summon up. The dark feel of the track returns towards the end with a brief solo breaking out. It’s a solid song and brings some variety which is welcomed.

‘History is History’ sees Hogtooth return to their thumping best, a rampant chugging song that kicks along nicely and the closing ‘Scream’ does indeed do what it says on the tin with a blistering six minutes which explodes into a punky tinged rager. It’s a fine end to a promising E.P. that is short enough to enjoy and then put back on again.