I remember watching Blue Öyster Cult at St David’s Hall in Cardiff as a 15-year-old. A 14-song set finished with a cover of The Doors Roadhouse Blues. With all my raging testosterone and the emerging thrash wave that was exploding in the States, BÖC were lumbering dinosaurs and to be honest, rather boring. Such is the naivety of youth, for it turns out that I really like the band formed in New York in 1967. Don’t worry, I’ve seen the band several times in the past decade, and they have stunned me with their sheer brilliance every time. I’m a convert of Messrs Bloom, Dharma, Bouchard, Lanier etc.

Released on Ripple Records, there’s some poignancy about this compilation. The idea of Poison Idea’s drummer Steve Hanford (aka Thee Slayer Hippy), who had a turbulent and chaotic life before passing away from a heart attack in May 2020. Fortunately for fans of BÖC, the project that Hanford painstakingly began to piece together, much of the recording had been completed and with Ian Watts able to complete the final pieces and mixes, the album is now ready for release with all proceeds going to Stanford’s widow, Kitty Diggins for much needed house repairs. 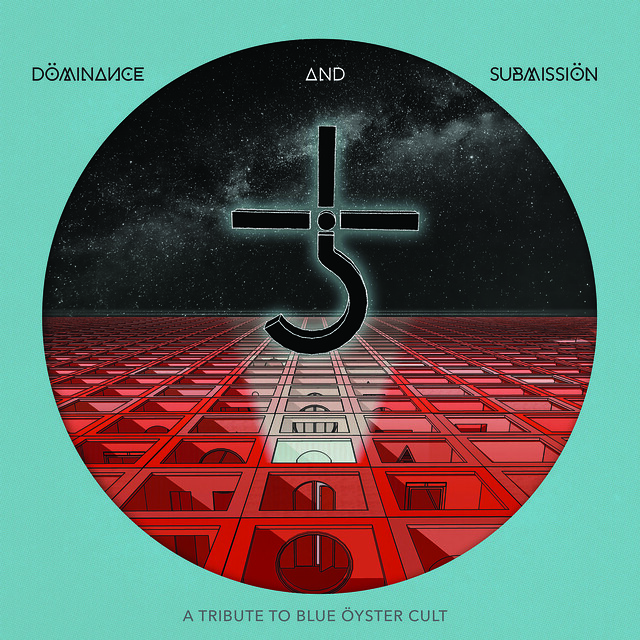 As one would expect, ‘Dominance and Submission’ features a range of BÖC classics, with the odd curved ball thrown into the mix. What’s most enjoyable about this compilation is that the bands who have participated all bring their own unique take on the songs. You don’t want to hear a standard version of ‘Godzilla’ and Howling Giant featuring Bob Balch ensure you don’t. Instead, you get a fuzzed up, down-tuned bottom end which still features the Japanese monster’s roar but this time he’s wading through thigh deep sludge. Likewise, Mondo Machine bring a real rock ‘n’ roll vibe to’ ME-262’, gritty Stooge-like in approach and raucous fun.

‘Dominance and Submission’ is delivered with aplomb by Cosmo-Daemonic Telegraph Company featuring Mark Lanegan, Nick Oliveri and Sam Coomes, who capture the very essence of the original. In fact, there isn’t a cover here I dislike, which given my usual distrust of homage tracks is somewhat surprising. Hardcore act Zeke’s take on ‘Cities on Flame with Rock ‘n’ Roll’ is probably as close to the original as it gets, but the gritty vocals of Blind Marky Felchtone give the song something extra and add the dirt under the nails, compared to the more polished approach of BÖC. Even Spindrift’s version of ‘(Don’t Fear) The Reaper’, which one might expect to be the closest one to the original, is far removed from the sing-along track that features on so many hard rock compilations.

As a tribute album, this is on a par with the recent Pale Wizard Records release which honoured Alice Cooper. If you, like me have mellowed in the past 35 years, and find BÖC more to your tastes, then this record is certainly well worth your time.