When you hear the name Tony Martin it’s likely that Black Sabbath comes to mind. The second longest serving vocalist with the heavy metal legends, Martin starred on some of the Iommi-era Sabbath records including ‘Eternal Idol’ and ‘Headless Cross’. His vocal prowess was never in doubt, although those albums along with Cross Purposes and the awful Forbidden demonstrated his quality. 2005’s solo album ‘Scream’ slipped under my radar so his new record, ‘Thorns’, seemed a good opportunity to give the man another listen. Co-written with guitarist Scott McClellan, the album also features Venom’s Danny ‘Dante’ Needham, Hammerfall’s Magnus Rosen, and Alice Cooper alumni Greg Smith.

The first thing that is apparent on opening track ‘As the World Burns’, apart from the title that could be an anthem for our times, is that Martin still retains those pipes that were so capable of delivering the full range of Sabbath in the late 1980s. The second thing to note is that Martin can still write a bombastic album opener. ‘As the World Burns’ is strong, muscular and immediately snaps the listener to attention. ‘Black Widow Angel’ veers deep into the doom setting, with some strong bass lines that funk out all over the place. It’s a dark track, with Martin hitting some of his strongest and highest lines on the whole album.

The direction of travel changes on ‘Book of Shadows’, a song that could quite easily have come from the pen of Ronnie James Dio, both for the overall composition, with its choral parts, as well as the vocal sections which would have fitted Dio superbly. The longest song on the record, it’s also probably Martin’s best performance and is well worth checking out. 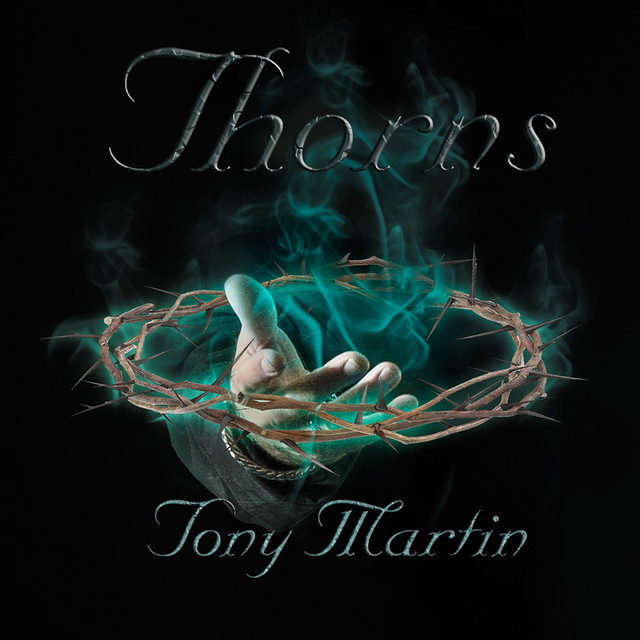 It’s not all Martin though, with McClellan’s guitar playing flamboyant without being over flashy. The use of stringed instruments on ‘Damned By You’ adds to the grandiose flavour of the song; ‘No Shame’ is a classic Whitesnake style romp, solid hooks and a chorus that gets you singing along whether you want to or not; and there’s the heavy metal stomp of ‘Run Like the Devil’ which powers along with an addictively catchy riff.

It’s only the final two songs that let the album down a bit. The Western tub thump of ‘This is Your Damnation’ sees Martin adding a semi-rap to the intro, singing along with the banjo and steel guitar that drive the song. The title track closes things down, a semi-acoustic number that features some stellar playing, but which doesn’t actually inspire that much. It’s a bit of a filler despite the emotion and sentiment that fills the song.

Tony Martin retains a stunning voice. His performance on the album is excellent and there are some decent tracks which should appeal widely. I don’t feel cheated having listened to this album. It may not be my usual fare but I certainly enjoyed it … and that’s sometimes good enough.