Album Review: Black Lakes - For All We've Left Behind
Reviewed by Paul Hutchings

There’s a lot of good vibes around Cardiff five-piece Black Lakes. Picked up by national radio as well as wider UK stations, their debut album has the added advantage of being produced by Romesh Dodangoda, who has a stellar track record. His work on this debut album is as high as ever, with a crisp, polished sound from start to finish.

Black Lakes bring a blurring of the boundaries. They don’t sit easily into any of the genre boxes that we often try to cram bands into. Instead, they draw from a range of influences, from nu-metal to alternative to hard rock and use delicious harmonies which combine the vocal prowess not only of singer Will Preston but also the combined backing vocals of guitarists Scott Bradshaw, James Rowlands, and drummer Dafydd Fuller. It works well.

‘For All We’ve Left Behind’ is an emotional rollercoaster of an album. Dark in places, there is much subject matter that the band have considered when creating the 47 minutes of music.

From the opening intro of ‘Exordium’, Latin for opening or beginning, Black Lakes build an atmosphere that immediately captures the listener’s attention. The tension builds with an air of anticipation hanging in the air as distance rhythmic patterns give way to the pulsing and explosive ‘Avarice’. Hard hitting with clean vocal harmonies, it’s a statement that says, “we are here”. The first of several heavy topics, ‘Avarice’ focuses on the greed of man, the regret that is only ever felt when it's too late. There’s a switch to metalcore style breakdowns, big blasts of sound, and an inevitable comparison with the early power of Linkin Park. 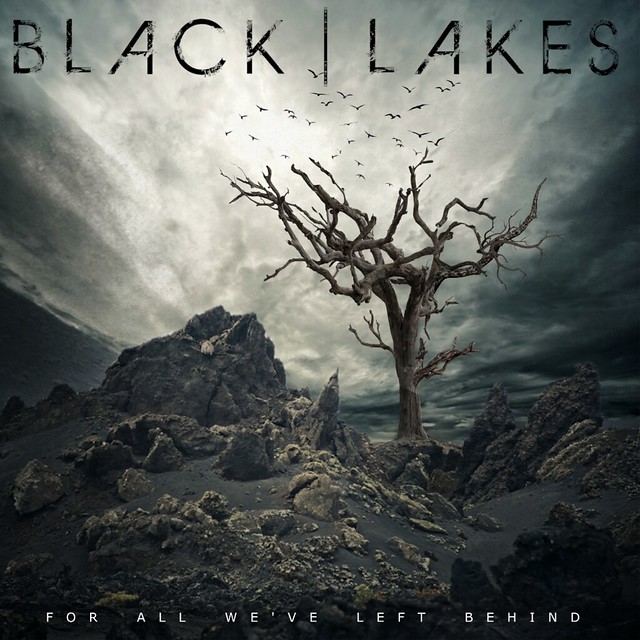 As the album progresses, there are plenty of different styles to get the teeth stuck into. Single ‘Dissident’ has already achieved over 10,000 streams. It’s a track which echoes the early 2000s, but with a fresh, clean appeal. ‘Verity in Flames’ comes with a huge, stomping opening bass beat before Preston’s heartfelt vocals begin the social commentary on a post truth society. It’s got a hook big enough to catch a Great White, whilst once more pulling in all those early influences.

What Black Lakes have done well is to deliver memorable tracks with catchy elements all bundled up in short sharp blasts. With no song over five minutes, the focus is on the power of the emotional lyrics and the big-time changes which grab the attention. For a Welshman, the heartfelt lyrics of ‘Landslide’, which is inspired by the 1966 Aberfan disaster transcend genres. This is truly pit of the stomach stuff, and sensitively delivered. One of the first tracks the band composed, they deserve massive kudos for their superb delivery of a time still raw in South Wales, 55 years on.

It's evident that Black Lakes do more than a bit of deep thinking. ‘Ghosts of our Memories’ for example, tackles the feelings post miscarriage. Again, they manage to bring it home without any clumsiness, the music crafted with care and tenderness. It’s a method they manage to bring throughout the album. And they can also let rip, as they demonstrate on ‘DeathThrone’, where we see the guitars take centre stage.

‘For All We’ve Left Behind’ is a deep, moving, and well-crafted debut. It’s not the type of music that I often listen to, but the big tempo changes, variation in styles and overall quality that this quintet have suggest that this may only be the start for them.