How do you introduce George “Corpsegrinder” Fisher without repeating a million things you have already written? He is one of the premier frontmen in metal who has a larger than life stage presence. Along with possessing one of the most effortless and yet ferocious voices in death metal and to top it all off just happens to front the most successful death metal band of all time. Now following a stellar release with Cannibal Corpse in 2021, Corpsegrinder is set to release his first solo effort titled none other than Corpsegrinder, which is the debut release from Perseverance Music Group a new label set up by Hatebreed frontman Jamey Jasta.

Corpsegrinder teams up with Charlie Bellmore and Nick Bellmore (both current Dee Snider and ex-Toxic Holocaust members) to create the 10 track effort along with bringing along Hate Eternal mastermind and current Cannibal Corpse guitar player Erik Rutan to guest on the albums opening track. The outcome is a blend of old school death metal and vicious thrash all topped by the unmistakable dominating vocals of Fisher. Along with the obvious death metal sound of the record, Corpsegrinder has a massive metallic hardcore vibe this comes from tracks like “Bottom Dweller” which reeks of a band like 100 Demons as an example with just straight up chaos causing hench riffs. 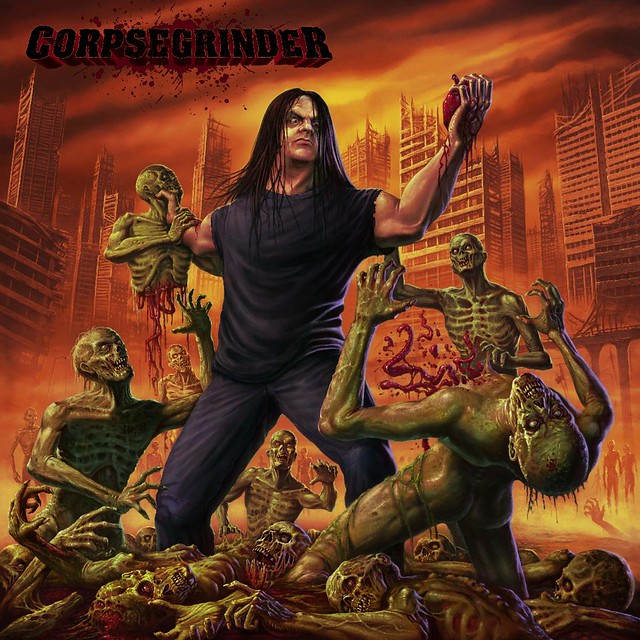 Even within the more straight up death metal tracks the record brings in some hardcore stylings at times be it more of a recognisable hook or I dare to say sing along section in a chorus (whist still being a deep guttural style) or a devistating breakdown during a track which there are a couple scattered throughout. The record ensures not to deviate from what has made Fisher what he is over the years “All Souls Get Torn” along with “Vaguely Human” display Fisher flat out with his machine gun style vocal delivery.

Corpsegrinder offers listeners to his solo record something different from his regular day job whilst also not being completely alien. Fishers dominating vocals suit the sound of the album and give the tracks his identity so it doesn’t sound like he has just been pasted over someone else’s songs.