Album Review: Savage Grace - Master of Disguise / After The Fall From Grace
Reviewed by Gareth Pugh

So, Savage Grace anyone? No? Me neither. The band was apparently named after a defunct hard rock band of the same name from Detroit, Michigan, who were active in the 60/70s. The name was suggested by then vocalist Kelle Rhoads' brother, Randy, yep that Randy Rhoads. Anyway, this Savage Grace was at its peak between '83 and '87 when they released two albums 'Master of Disguise' and 'After the Fall from Grace' (the subjects of this review) and a couple of E.P.s. They then pretty much disappeared until 2010 when they released an E.P. of old demo material prior to embarking on a tour with only mainman Chris Logue (guitars, songwriting, and sometimes main vocalist) as the original member, and with members of German band Roxxcalibur making up the rest of the touring group. Incidentally as an aside, this new-line-up was due to enter the studio to record a new Savage Grace album, when Chris Logue went inexplicably missing, and couldn't be contacted, so the other members found a new vocalist and recorded the album anyway and released it under the moniker Masters of Disguise who are still going today and have three albums under their belts, and if you enjoy these Savage Grace re-releases, it would be well worth checking them out.

Anyway, onto the topic at hand, firstly 'Master of Disguise', is a very enjoyable slice of heavy metal, with predominantly speed metal influences but also draws inspiration from thrash to classic rock to the pomp of glam metal and the energy of punk. The songs are energetic and full of vigour, mostly up-tempo with taut, clever, and skilfully played riffs, with a very tight rhythm section and thought provoking drum patterns and lively basslines, with lots of fills and time changes to keep the songs interesting. The vocals are probably going to be the defining point, being melodic and more glam/trad metal than thrash, with vocalist Mike Smith able to hit both high and low notes with his very impressive range. Highlights are first song proper 'Bound to be Free' the title-track and my personal favourite 'Into the Fire', but really there's no weak tracks at all in the 35 min running time.

The album has been remastered, and whoever has done this has done a stellar job, the guitars have an aggressive brightness to them, and the bass is bouncy and vibrant, only the drums are a little bit thin sounding but certainly not terrible. Not only has it been remastered, but this new edition also has the earlier 'The Dominatress' 5 track EP from '83 which features old vocalist John Birk, who is similar in style to Smith but with a few more Halford like screams. The EP is very similar to the album in terms of the style. Also included are the unreleased tracks from the '82 and '84 demos complete the whole of the band's early recordings. The second CD has the original mix of 'Masters of Disguise' and 'The Dominatress'. 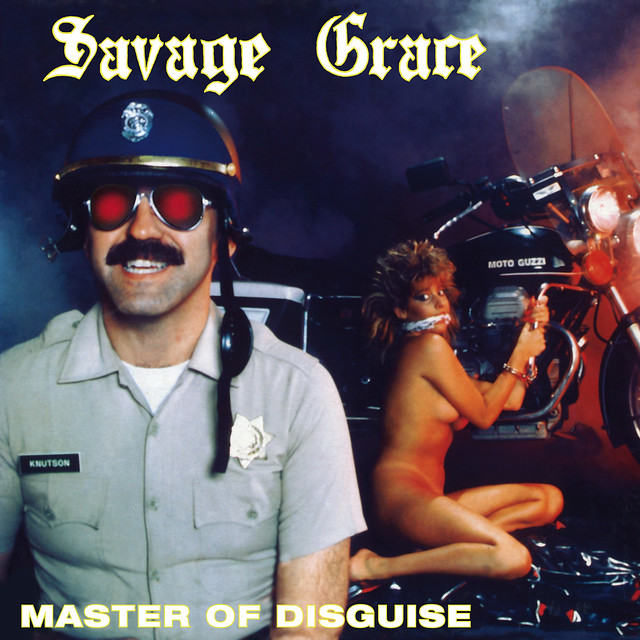 The second reissue 'After the Fall from Grace' sees the second (and at the time of writing, last) full length album get the makeover treatment. Stylistically this is a bit of a different beast to the debut. Firstly, Mike Smith was replaced by mainman Chris Logue on lead vocals, he’s not that much different style wise but he is different, and if anything, he's a bit higher and more 'power metal' than his forerunner. Talking of power metal, there’s definitely more of a Power Metal influence in the songwriting here, and that’s not the only difference. Whilst the first album was all wild energy and reckless abandon, with a bright feel-good factor, it was also in many ways a bit one directional in its approach. ‘After the Fall…’ is much broader in scope than its predecessor, and while it certainly lacks some of the energy, it makes up for this with a darker, more intense atmosphere and a grander, more mature, and varied approach to the songs. First song proper ‘We Come, We Saw, We Conquered’, after the intro ‘Call to Arms’, perfectly combines the best bits of both albums, the newer more complex songwriting and the speed, and energy of ‘MoD”. The title-track is another early highlight, and really showcases the more adventurous dynamics that the band were now incorporating. Other tracks like ‘Trail by Fire’, much more aggressive and thrash like, ‘Age of Innocence’ with its eastern tinged gallop, the classically influenced ‘Flesh & Blood’, the heavy ‘Destination Unknown’ and epic closer ‘Tales of Mystery’ also display the greater experimentation the band were using. Like the ‘MoD’ reissue, this contains some excellent bonus material, a few live tracks and another compilation song, together with the complete ‘Ride into the Night’ E.P., which follows AtFfG’ in terms of style and of which the title-track is one of Savage Grace’s best songs ever.

This is a great package, if you’re a fan of early Maiden, and the likes of Nasty Savage and from a modern view Enforcer then these are well worth checking out, between both reissues they pretty much cover the whole of Savage Grace’s complete ‘80s output, in fact my only complaint with both reissues, and strangely the release notes make this a key marketing point, is the 'faithfully restored artwork', now I think it would have been a good idea to repackage these albums with new artwork, or maybe even blank covers with just the band logo and album title, as both covers are in very poor taste in both subject matter and very amateurish in their execution, the sort of misogynistic covers that gives metal a poor name, both back in the day and now. It’s a shame because the covers certainly don’t reflect most of the lyrics. it would have been better to just have them in the booklet for nostalgia purposes, I suspect they are meant to be humorous and ‘tongue in cheek’, but the humour really does miss the mark. But that really is my only fault with these two sadly overlooked and neglected albums. A surprise but a very enjoyable surprise and ones I’ll be going back to again and again. 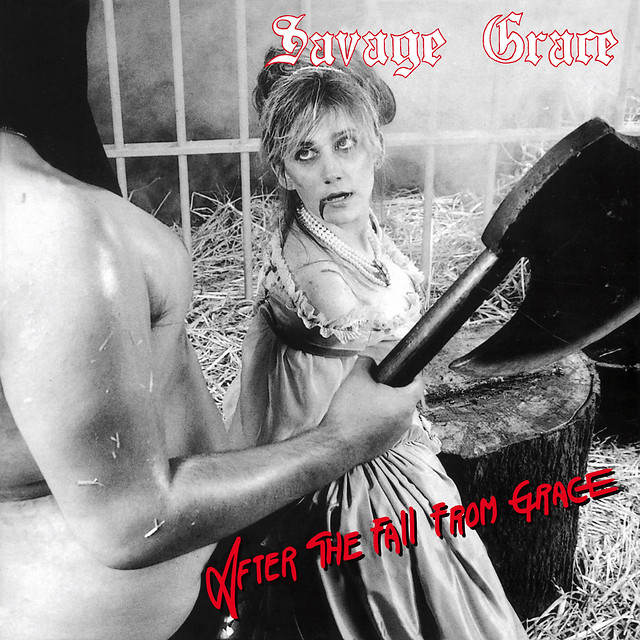