There is a new band coming to smash their way into the ear drums of death metal fans. They are made up of U.K. and Irish musicians and are called DeathCollector. DeathCollector who have an extensive history of musical accolades which include Ashen Crown, Bolt Thrower, Memorium & Zealot Cult release a three track offering which spends its time commenting on the fragility of life and is given the title of 'Times Up'.

Opening with a track of the same name as the band, DeathCollector set up the E.P. with a slower churning piece of old school death metal. This powerful output which deviates on occasion to have a higher tempo with the drums of Andy Whale ripping through bomb blast sections where appropriate to compliment the riffs of Mick Carey. This churning display is just the beginning as the E.P. evolves those slower sections make way for a more ferocious death metal display which bursts with the unmistakable classic death metal sound reminiscent of acts like the aforementioned Bolt Thrower with maybe a touch of classic US old school death metal such as Incantation. 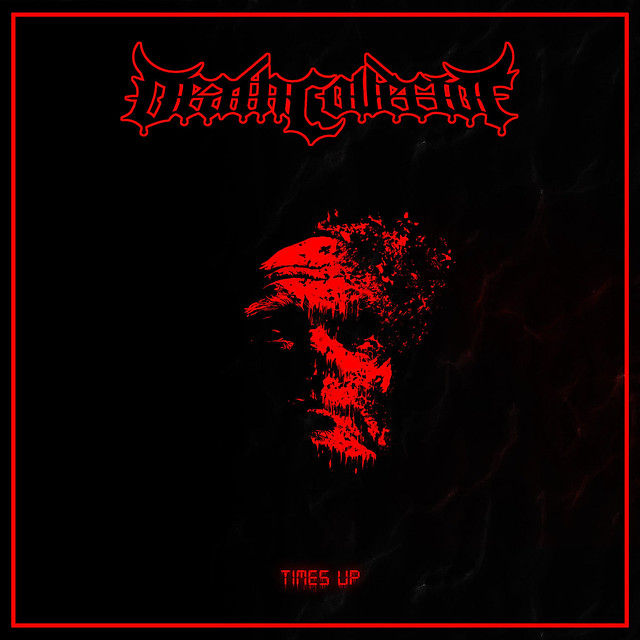 The fury is unrelenting right through to the final notes of the releases final track 'Terrorizer'. This musical output has been both crafted and executed by people who truly understand what it takes to create an honest representation of that sound. The three tracks are rounded off by a powerful vocal display from frontman Kieran Scott, who’s booming vocals add that final piece to the three songs utterly hellish sound.

Whatever the future holds for DeathCollector be it further releases or them just releasing this E.P. the four piece have put together a solid well written and executed display of old school death metal which deserves attention. It’s slick but not polished sound is what the genre as a whole needs more of to show a genuine true feel for the music.