New Finnish band Indemon certainly has a direction - straight forward with a relentless force at full marching speed. Modern sounding with a nod to various classic metal bands - Slayer, Sepultura, Amon Amarth are all in there somewhere - there is something comforting about their songs. Simple and direct with no messing about. Some changes in pace do exist between the 5 tracks on this E.P. which clocks in at 18 minutes, but my only real gripe is that there is a lack of real contrast between the songs.

Opener ‘Shield’ cracks along at a fair old tempo with the highlights being the ferocious drumming from Patrik Kuitunen and soloing from Santeri Liesmala which is more akin to old school thrash than the melodic death metal feel of the rest of the track. It works though and provides a nice contrast of styles.

‘In the Rear with the Gear’ drops the tempo and adds in some groove. The main riff is undeniably catchy and Joose Rihela goes to town with his gruff vocal style and another clean solo section underpinned by Sasu Savolainen’s excellent bass line, this for me, is the highlight track. 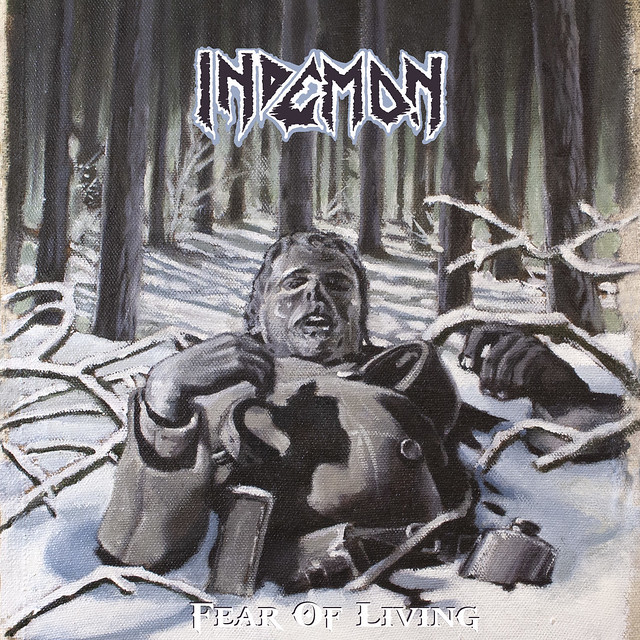 ‘Supreme Protection’ slows the tempo ever further giving it an early Obituary vibe early on before the marching Amon Amarth style kicks in after the solo. ‘Ground Zero’ is a fast little banger with the least variation of any track. It cracks along well and leads into final song ‘Fear of Living’ which is similarly paced and rounds off the E.P. nicely.

The tempo changes provide most of the variation here and I found that while powerful and brutal, the vocals could have done with some changes in tone or style. Having said that, for an E.P. to showcase the talents of the band, they work well, although for a full length, this style could wear a little thin.

Overall this is a very good E.P. for fans of brutal modern sounding thrash with death metal overtones and hopefully is a sign of great things to come from Indemon. There is a lot of talent in these 4 Finns and I definitely want to hear more.