When Pete Shelley died in December 2018, all but the most hopeful Buzzcocks fan would have assumed the band would come to an end. But, to their credit, the remaining three members decided they were not done and, in 2019, recruited Mani Perazzoli to fill the vacant guitar spot. I was lucky enough to catch them in Preston on a cold night in December – got rinsed and it was a great show, too – and it was clear there was still gas in the tank and Buzzcocks were not quite ready to hang-up their guitars or pack away those drums.

They released their first post-Pete material in 2020 with the single Gotta Get Better and then… well, we all know what happened then – but that has not deterred Buzzcocks from steaming ahead with the promise of a new album later this year.

When that does land it will be the band’s first full-length since 2014’s The Way and this new 10” showcases Senses Out of Control, a song already having been aired on the band’s recent UK trek, slotting in straight after What Do I Get? and sounding for all the world like it’s been there for years. 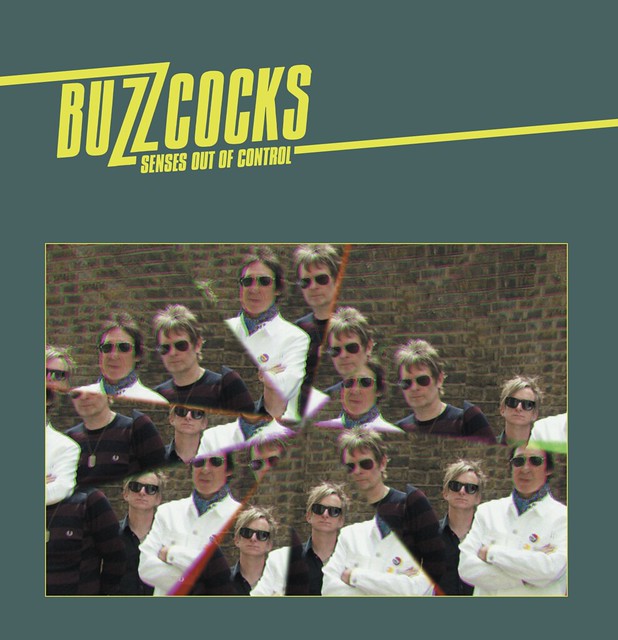 Senses… has the fuller sound of latter-era Buzzcocks and, although it is built around an impossibly upbeat rhythm and irresistibly skipping riff, that punk mentality sits at the very core of the song. For all its pop sensibilities and slick vocals, Senses Out of Control is a worthy addition to the Buzzocks’ cannon.

The second side features a couple of tracks that won’t be on the new record. Carnival of Illusion veers very much into the post-punk territory and is built atop a fat guitar while other strings weave around the central riff. Lyrically, the song seems to be a shot across the bough of cancel culture and those who seek to silence those with whom they disagree.

The closing song is a good time vibe and tribute to Pete Shelley, Hope Heaven Loves You. Sharply poignant but never maudlin, it reenforces the idea that, even shorn of their principal songwriter, Buzzcocks have been able to forge ahead and continue their not-inconsiderable legacy.

2022 is the band’s forty-fifth anniversary and the promise of a new record is a fitting away to mark such a significant birthday. Senses Out of Control is a fine appetiser for the incoming full-length and if songs as strong as Carnival of Illusions and Hope Heaven Loves You are being omitted then there’s some killer material on the way.