AMERICAN TERROR, the heavy punk/metal band based out of Atlanta, has revealed a new single, “End Of America,” out now. The track, a wildly fierce takedown of the current state of American politics, is available on Spotify and all major digital platforms, with its accompanying video out now.

What the video here.

“’End Of America’ represents the state of our country right now,” says vocalist Brad Cox. “No matter what side you’re on or what you believe, everyone’s pissed off and feeling this way. History is being rewritten in so many ways. People are passionate again and willing to fight for what they believe. ‘End Of America’ is the anthem for standing up to bullshit and making a change.”

AMERICAN TERROR’s critically-acclaimed debut record, Influencer, arrived in May 2020 and led to the band quickly tallying up 350,000+ streams. The album, which was released by Megadeth bassist David Ellefson’s EMP Label Group, arrived on the heels of the success of the singles “Judgement” and “She’s A Bitch”. These two tracks quickly built momentum for the band, thanks to features on Spotify’s editorial and algorithmic playlists, in addition to spots on hundreds of user playlists. Prominent rock media outlets took notice and covered the band’s progress, including iHeartRadio, Revolver Magazine, KNAC, Blabbermouth, BraveWords, and Ultimate-Guitar. The band recently made Influencer available in translucent red vinyl LP, CD, and HD download formats, which are available to purchase at their official web store at https://americanterrorband.com/shop.

Influencer was followed up by a hard-hitting, genre-bending remix of “Judgement” featuring legendary rapper Sticky Fingaz (known for his group Onyx’s hit “Slam” & his feature on Eminem‘s The Marshall Mathers LP; also, a 2020 ASCAP songwriter award-winner for his work with Travis Scott). The one-off single “Legend”, a cover of a lost track from classic hip-hop group House of Pain, followed in February 2021. The band then teamed up with world-renowned rapper Krizz Kaliko (a frequent fixture of Tech N9ne’s records and his Strange Music label over the past two decades) to release a remix of their single “She’s A Bitch”. This release was followed by the aggressive, snotty, and uptempo “Attitude”, the first single from their upcoming sophomore album.

“The past couple of years have been so crazy and my heart goes out to everyone affected by them,” Cox says. “Everyone felt this in so many different ways. For my mental health, I decided it was time to focus on writing and recording a new album. ‘End Of America’ was the first song to come out of this. After that, the rest of the upcoming album basically wrote itself.“ 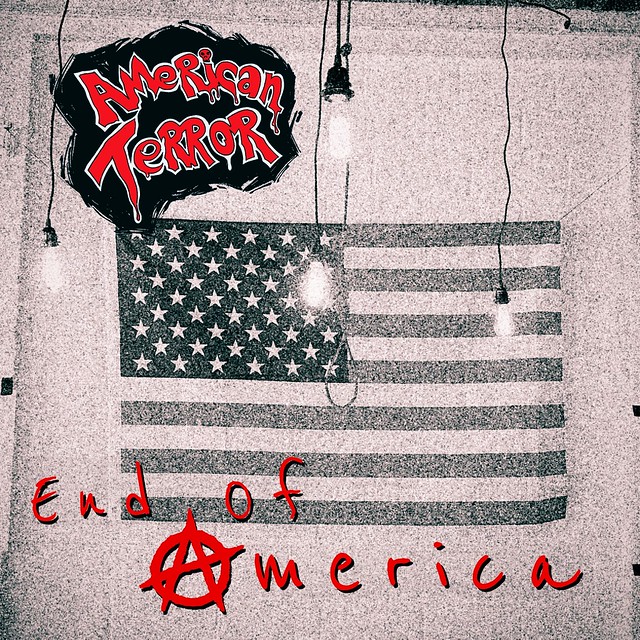