If there is one band that needs absolutely no introduction, it is Def Leppard. Over a glittering 45 year career they have done everything, played everywhere and survived highs and lows to come out the other side even stronger. Despite the length of their career they have only twelve albums to their name, which averages out at an album every three and a quarter years. In the Sheffield boys case it’s certainly quality over quantity for sure.

Album number twelve, ‘Diamond Star Halos’ gets its release this May via Mercury Records and promises to be another highlight in their career. Kick starting the record is ‘Take What You Want’, a fist pumping rock romp. A song that highlights the bands progression over the years, a mile away from the songs of Pyromania in style, but dripping in that same unmistakable quality. Whilst ‘Kick’ deviates a little into the realms of “pop rock” the band hit back with 'Fire It Up’. Now this number is classic Def Leppard, that unmistakable drum line, the sing along chorus, an all round rock anthem. 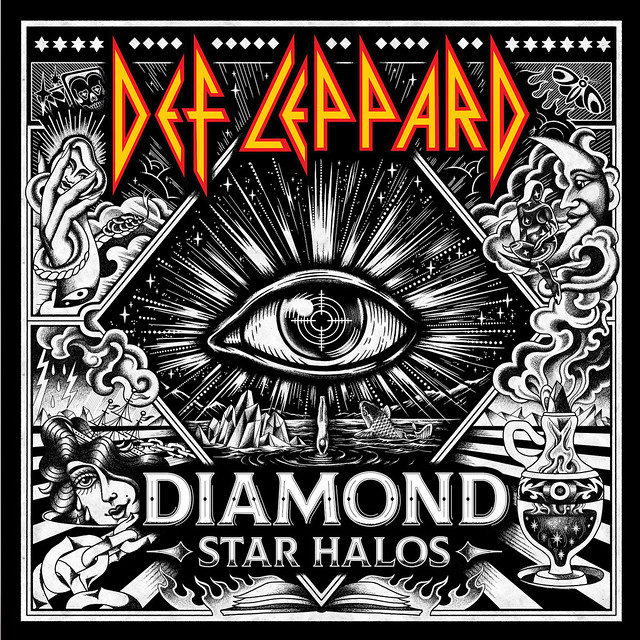 The danger with bands as their career progresses is the vocals, look at contemporaries Iron Maiden as an example; as the bands latest release demonstrates Bruce struggling to retain the voice he once had, at times to the detriment of their album. For Def Leppard this is not the case at all, Joe Elliot’s distinctive warbling is as strong today as it was on the aforementioned Pyromania, if not better. He has looked after his voice over the years and that care and attention shines through.

The album weaves it’s way through Def Leppard’s range of styles ‘This Guitar’ and ‘Goodbye For Good This Time’ demonstrating the bands softer side whilst ‘SOS Emergency’ and ‘Gimme A Kiss’ are in your face rock ragers, the sort of track that drove the band to popularity in the 80’s. Then there are songs like ‘U Rok Mi’ where the band give their music a more modern twist.

As Def Leppard head towards a half century as a group ‘Diamond Star Halos’ demonstrates one thing, the band haven’t lost their edge at all!