Originally formed by Ronnie Björnström in 2014, it’s taken several years for the powerhouse that is Pre-Human Vaults to finally get some music out to the metal world. Björnström is a well-known musician whose CV includes Solution .45 and Aeon, and he is joined by a stellar cast comprising vocalist Christian Älvestam Solution .45, Miseration, Svavelvinter, Ex-Scar Symmetry), guitarist Patrik Gardberg (ex-Solution .45, Torchbearer, The Few Against Many), bassist Peter Nordin (ex-Meshuggah, ex-Calipash) and former Black Plague drummer Michael Gomez.

The four tracks in this 17-minute fist of brutality were written and recorded pre-2019. When the group resumed after a short break, they reconfigured and re-recorded the songs, adding extra intensity and ferocity to the mix. The result is impressive, with a mixture of death, thrash and even djent styles which pummel from start to finish with little respite. It’s a relentless barrage of fiery riffing, bruising blast beats and growling vocals that demand attention. Underpinned by some subtle synth work which adds texture to the songs, the music switches direction at will, transferring from intense batteries of extreme drumming to more traditional groove-based metal and then diverting to the outer echelons of thrash metal. 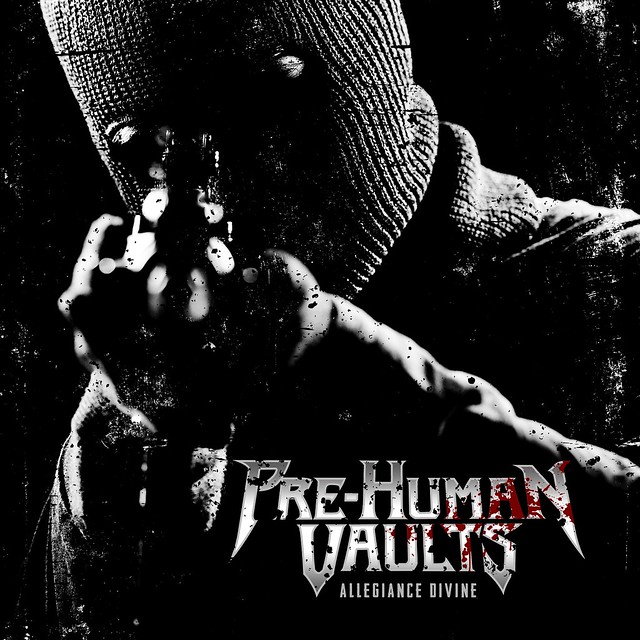 With the direction switching at a rate of knots, each track brings something different. There is gargantuan technicality on display, the songs twisting and weaving at will, proving to be an extreme metal fan’s delight. Intricate and explosive in equal measure, the four tracks highlight the quality on offer with some superb playing that is underpinned by the gravel throated roars of Älvestam whose savage delivery is pivotal to the overall package. The tempos fluctuate but never wane, whilst the flipping between thrash and more technically expressive elements is demonstrated throughout.

The band don’t shy away from challenging subject matter, with critical takes on political and religious terrorism, utilising soundbites from the 2011 attacks in Norway and the US Oklahoma City bombing, as well as the hunt for serial killer David Berkowitz (Son of Sam). The pulverising tracks begin with the eruption that is Whirlwind Reaper, blast through ‘Close to All, Next to Nothing’ and ‘When the Trap is Set’ before concluding with the ferocious ‘Shadow .44’.

Punishing and aggressive from beginning to end, this is surely just the beginning of a supergroup that with the right direction could surely uproot trees if they pursue the right path. One for extreme metal fans to certainly indulge in.