With ManorFest cancelled at the last minute, The Razor’s Edge road trip continues. Having checked in at Red Crust Festival the previous evening, we now make a stop in Glasgow for Eternal Champion’s show. The band originally scheduled for the Saturday at ManorFest have seen the British metal community rally around them. With flights already booked they headed to the UK and a group of promoters hurriedly put a tour in place for them. After their stop in Ireland, it was Damnation Festival promoter Gavin McInally who stepped in to host the Epic Metal outfit in Glasgow at the intimate Audio venue.

Despite having just five days notice, the small venue is packed for this highly anticipated show, the Tennents (with Jack Daniels chasers) is flowing freely and everyone is here for a good time.

Opening up proceedings are home town death metallers BrainBath. It seems a strange combination to put an old school death metal outfit on with an Epic Power Metal band, but the Eternal Champion fans are into it – the Tennents may be helping. BrainBath are a band straight out of the Obituary mould. If you like that style of scorching Death Metal, these guys are for you. Bathed in dark green light and complete with toy brain these Scotsmen rip a new hole in Audio with their ferocious set. As the Buckfast is shared round they finish off an outstanding set, will Mr McInally be eyeing up these boys for an appearance in Manchester in the future? 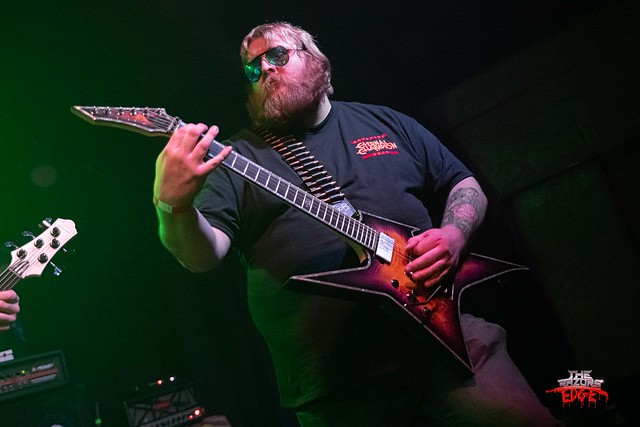 Despite the outstanding support act, tonight is all about one thing, Eternal Champion. Having been left stranded, the Damnation team picked up the gauntlet to allow this show to go ahead and judging by the fans in attendance it will have been a prosperous endeavour for the promoter.

As they take to the stage to ‘The Godblade’ the towering figure of frontman Jason Tarpey dominates the small room. Complete with chainmail hood his voice booms out of the PA, assaulting the fans as they open their set with ‘A Face In the Glare’. In their element, the fans respond, pumping fists, banging heads and singing along to this epic opening song. ‘Skullseeker’ and 'The Armor of Ire’ follow, building the bands performance and warming the crowd up nicely. 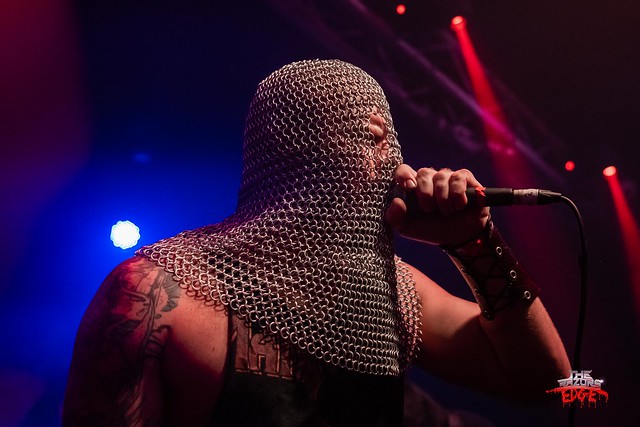 The songs, all inspired by fantasy worlds, mythical legends and even historic tales from this here land of Scotland, perfectly sum up what Power Metal or “Epic Heavy Metal” is all about. Songs that inspire, songs that get the blood pumping, songs that warm you up for battle. And a battle is exactly what is happening in the pit at Audio tonight. Flailing limbs and writhing sweaty bodies see fans pummel each other in time to the music. The band themselves feed off the energy, the atmosphere electric as ‘Coward’s Keep’ and ‘Worms of the Earth’ get an airing.

An encore follows, with ‘Banners of Arhai’ followed by the ultimate power metal anthem ‘I Am The Hammer’ that had even the sceptical couple that popped in from the pub next door singing along. Even for those amongst the audience who came to support the last minute gig and are not really power metal fans, this was an awe inspiring performance. Eternal Champion are a band the fans have now called on Bloodstock to book for a future festival.

As the night draws in, the crowd disperses and we can reflect on a fantastic evening. Full credit to the band for coming over – because they had non refundable flights – despite not having any gigs to play. Full credit for the promoters of the shows on their hastily arranged tour for stepping in to fill the breach. Damnation Festival may not be a power metal hotbed [YET] but this show has given Gavin McInally something to think about… 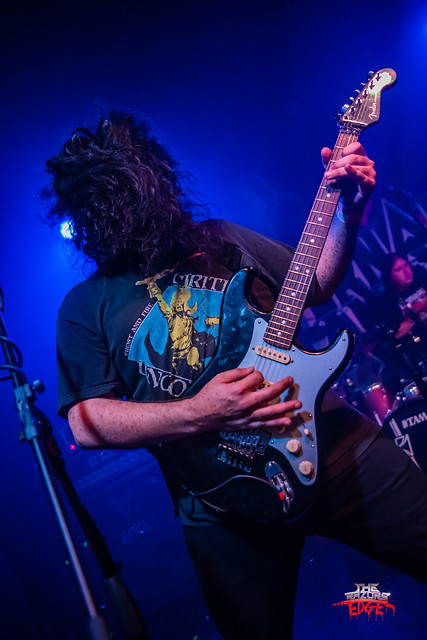 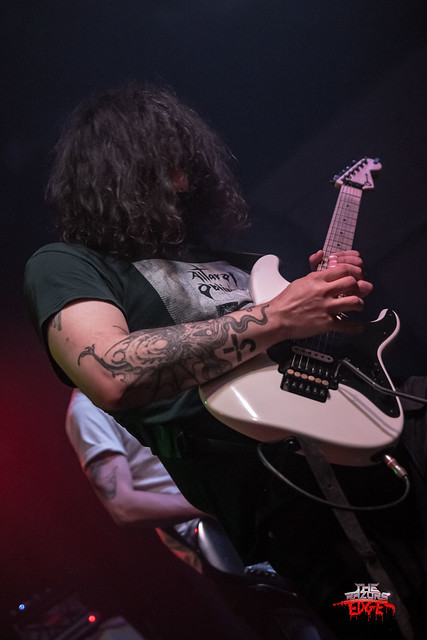 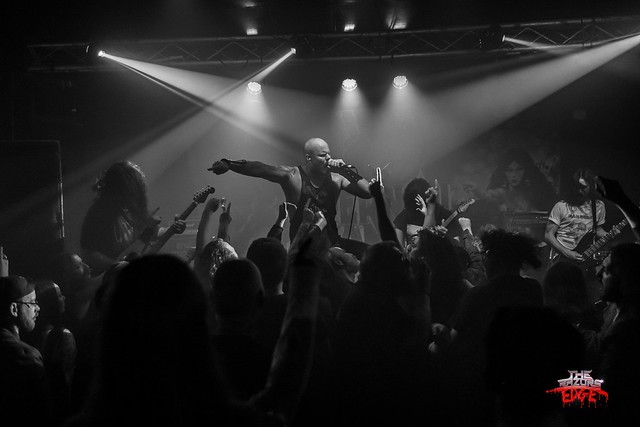