I've just witnessed a human being consume a hamburger that was a foot high. It consisted of twelve burgers, twelve slices of cheese, lettuce, tomatoes and a bun. The gentleman inhaled this monstrosity in less than twenty-five minutes. It was not without its problems. The relentless chewing was incredible and the food was so rich that it was difficult to stomach. A single burger, with one or two slices of cheese and the bun, can be a delight/ wonderful experience. But twelve? 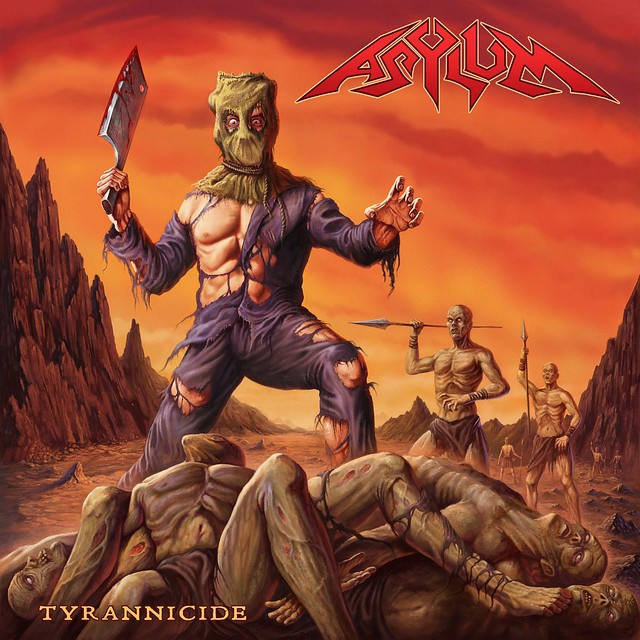 Listening to Asylum’s debut album, who hail from Brisbane, Australia is a bit like Man Versus Thrash. By the end you are feeling rather full. The album starts as it finishes, with hard driven thrash riffs. Tight and hard rhythms embellished by double bass beats and searing solos that hurt your head. The lyrics are spat out with a chorus consisting of one liners at the most. And then it happens again and again. Each song blasts through the door with the same level of intensity as the last. The title track has a light intro and then it's back to the thrash, 'Sadistic Intent' and 'Insurrection' are all cracked from the same mould. If you were to jumble these songs up it would not affect the running order. You could pick these songs at random and the flow of the album would be the same.

The above may sound like a criticism but I really like the album. The riffs were good and solid. It didn't out stay its welcome, and they have massive capability and competence. But I would like a side dish, a bit of sauce, (life is always better with a bit of sauce), a drink even. I like my thrash with some texture, variety and some chaotic order.