Richmond, Indiana’s brute-force killing quintet, Carrion Vael are all set to resume their destructive duties with the release of album number three: Abhorrent Obsessions, an eight-track manifesto of pain and suffering.

Following on the heels of the 2017 debut, Resurrection of the Doomed and 2020’s God Killer, Abhorrent Obsessions is another slab of raging brutality, seeing the band weaving their sound around fiercely destructive Death Metal, shade of Black Metal and even some Melodic and Technical Death for good measure.

Opening with the overlaid voices of folks talking about killing and death, before a huge, bombastic wall of sound washes them away, Carrion Vael leave the listener in no doubt of the experience awaiting them. Wings of Deliverance lays out the band’s stall in a six-minute confession of crunching guitars, whirlwind riffs and fretboard runs.

Players, Trent Limburg and Ryan Kuder, seem to leave no stone unturned in their pin-point execution of each and every note, regardless of the frenzied tempo of the tune; and both feel as at home with the bruising delivery as they do with the melodic moments on the record. 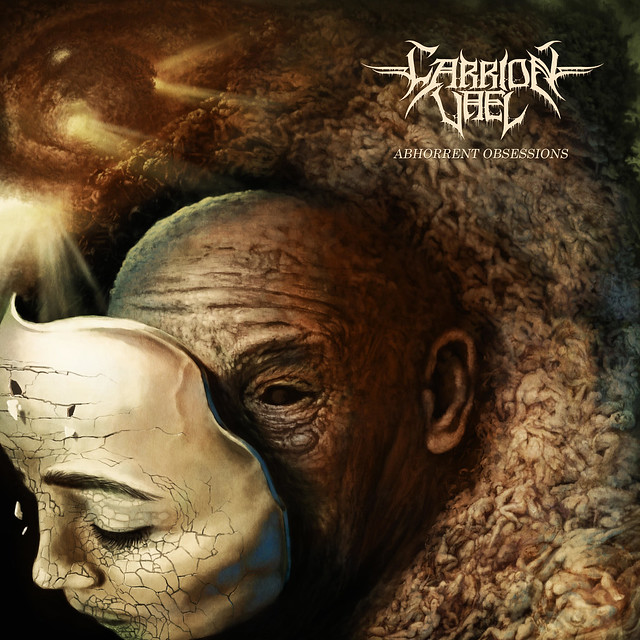 Travis Lawson Purcell’s vocals veer from the slammingly brutal to the blasphemously black throughout, with the diabolic invocation of The Devil in Me being the most Satanic of offenders. Elsewhere, there is a distinctly symphonic element on show amid Carrion Vael’s carnage: climaxes of the likes of King of the Rhine, Thithes of Forbearance and Melleua Maleficarum – as well as the aforementioned opener – resolves into the kind of overblown orchestration usually reserves for the likes of Dimmu Borgir and Cradle of Filth.

That Abhorrent Obsessions manages to incorporate such lofty musicality while never once letting up with the flailing fretwork and in-your-face vocals is testament to the technical proficiency of the quintet.

While each song begins in a familiar manner, with the band setting out their Death Metal agenda, before taking the tunes off in a multitude of directions. Kentucky Fried Strangulation sees a technical prologue dropping into a ferocious fury of grinding guitar and vitriolic vocals; while Disturbia opts for a more subtly brutal approach as it heads into more progressive waters.

Having shared stages with the likes of Cattle Decapitation and The Black Dahlia Murder, Carrion Vael are no strangers to the Death Metal fray, and now the music scene is getting back to normal there doesn’t seem a better time for Abhorrent Obsessions to tell the world what these lads are all about.