Having formed during 2020 Ensanguinate are the product of the country of Slovenia. With their demo release 'Entranced in Decay' seeing light of day in 2020 the band have followed this up with their full length debut Eldritch Anatomy.

Greeting you with an immediate high octane rush Eldritch Anatomy does not mess about with getting you accustomed to the sound of Ensanguinate. Eldritch Anatomy instantly offers you a glimpse of a hungry set of musicians as the band who hail from Ljubljana offer a full assault of primitive sounding thrashy death metal. As it’s opening tracks power through with a fury of guitar work which for as ferocious as it is, Ensanguinate compliment with some extremely well written and performed lead sections which offer a more melodic touch to the song writing and greatly improved what you hear. 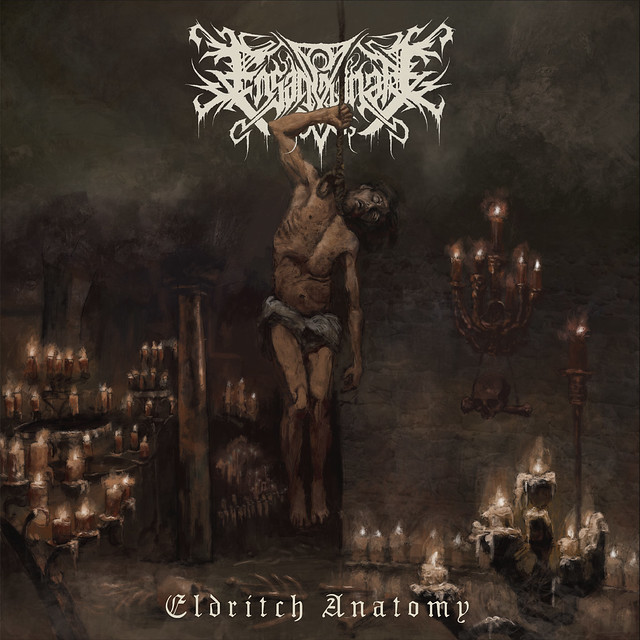 Vocally you're greeted with a demonic aggressive shrieked vocal style which reminds me in places of Dave Vincent from the early years of Morbid Angel. The drums are not over the top but they remain consistent throughout the record's run length, and the furious kicks really add the punch which helps the overall feel of the tracks. One minor criticism of Eldritch Anatomy is it can at times feel very one dimensional at times especially during the middle portion. Now this is broken up by the track 'Sublimation' with its slow heavy doomier sound, what I like about this track is not so much the song itself but it almost resets the 2 tracks which follow, giving them a whole new lease on life and back into the fury of the records opening.

Eldritch Anatomy is a fairly solid collection of tracks which brings together a strong dose of the old school death metal and a vicious thrash edge. It’s a fairly traditional sounding record which when it hits its high moments elevates the record substantially, I feel however in places there are areas for Ensanguinate to improve. The foundation’s for the band are there and they are pretty solid.