Born from the ashes of Ephel Duath, Red Rot have spent the last couple of years crafting their debut album which is set to see the light of day in 2022. Red Rot are difficult if not impossible to characterise style wise off the bat, it also would not be fair to even try. They experiment with a variety of sounds and styles and look to seamlessly combine these into one fully functional unit of extremity, it’s safe to say that if you do not come into this prepared you're not going to get it as this definitely is not something you're going to use as background noise.

With its opening track “Ashes” kicking off with a series of harsh dissonant guitar work which screams through your eardrums you quickly get the picture of what you are likely to expect from the Italian band. And this opening track is just a small glimpse of what the act have crammed into this 17 track offering titled Mal de Vivre. The album which comes at you with extreme viciousness one minute before melting into a more calmed yet unnerving listen and takes you on a continued rollercoaster of heaviness, darkness and sinister melody. 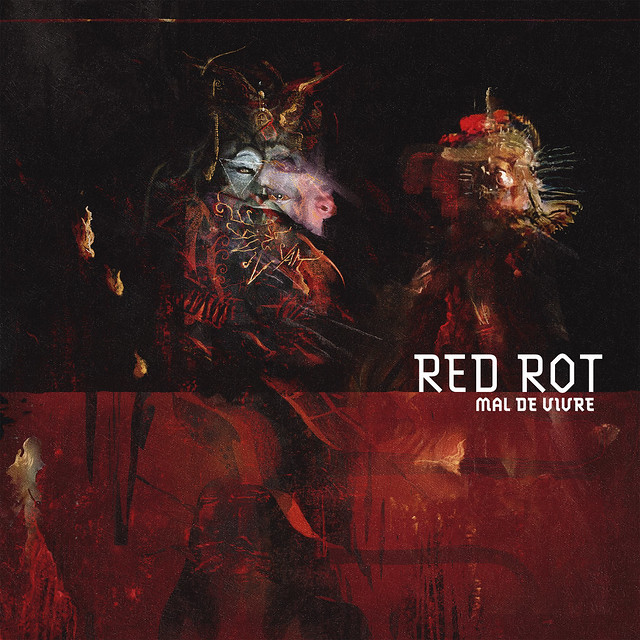 Offering the listener an extreme and thick wall of sound as it switches up and down between all of its elements, it may not be what you would normally think of when hearing the term extreme metal, but rest assured Mal de Vivre is an extreme albumin music and artistry. As it progresses through you are greeted with continued change of direction in every aspect, all the instruments mesh beautifully and the production allows every aspect to breathe and be taken in. Vocally Red Rot offer a varied range with one minute the vocals going from frantic screams to a booming and quite pronounced clear tone right through to a straight clean style and again just like the music this can be on an individual track basis or those changes happen rapidly during.

This record is certainly something that you go into with a clear mind and I’m sure that the more time spent with it the more will come to the surface. It truly is a great use of experimentation in order to go outside of the norm and create an original and interesting piece of art. It’s not going to be the taste of the more generic music fan, yet if you have an ear for something outside the box then Mal de Vivre will be something for you.