The vehicle for Justin Greaves for nearly two decades, Crippled Black Phoenix’s latest album is another magically crafted 97 minutes of music by the English collective and follows on from 2020’s Ellengæst, an album that saw the band incorporate several guest musicians.

The 12th album by the band, it provides another insight into the workings of a band so revered within the UK that most people are completely oblivious to their mere existence. This time Greaves and co use ‘Banefyre’ as a central piece to focus on the persecution of those who are different in society. A play on words, ‘Banefyre’ is an old translation of Bonfire, those witches and politicians who were burnt alive in the 15th and 18th century.

Opening with ‘Incantation for the Different,’ written and orated by Chicago-based witch, artist, author, and occultist Shane Bugbee, we set sail on a lengthy and at times captivating journey of post rock. The Salem Witch Trials are covered in ‘Wyches and Basterdz,’ ‘The Reckoning’ tackles foxhunting in the UK, unscrupulous politicians get their piece on ‘Bonefire’ whilst the 1977 New York blackout is the subject in ‘Blackout 77,’ complete with archived news clips that adds to the eerie feel. 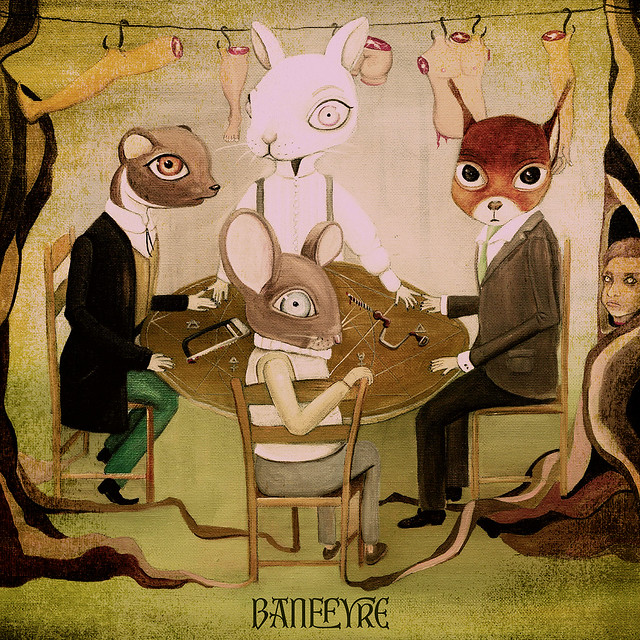 The majestic ‘Rose of Jericho’ holds the central place, a song that winds its way over nearly 14 minutes, unwrapping segment after segment in its bravery and creativity. Music that Crippled Black Phoenix release does tend to drift to the progressive intensity and this song is a fine example. A third of the way into the song, the tempo changes, percussion elevates the temperature still further with Segerstedt adding his own qualities.

As always with this enigmatic outfit, the music is unconventional, intense, and always intoxicatingly captivating. The band throw their all into every song, with tracks ranging in length from the four-minute ‘Everything is Beautiful but Us’ to four ten-minute plus songs which included the fabulous progressively gothic vibes of ‘Down the Rabbit Hole.’ At times the vocals of Belinda Kordic entrance and bewitch, such is her delivery but it’s the sum of the parts that makes Crippled Black Phoenix such an interesting and intriguing outfit.

‘Banefyre’ may be their 12th album, but there is no sign of the inspiration or drive slowing at anytime soon. This album is complex, long but beautifully crafted. It’s a release you need to absorb, and that takes plenty of time. Yet even on the first play it grabs you instantly, and pulls you deeply in. Progressive rock at its finest.