More often than not, when I get new music to review, I don’t know what to expect, as they are from bands that I might not have heard of, which is one of the perks of doing this, but from the opening moments of this debut album from Copenhagen’s Dead Void, I was taken back to dark times, as this music is grim. And when I say grim, I mean properly grim, like someone is repeatedly assaulting you with a spiked truncheon. It’s a full on face melting noise designed to pin you the wall and make you cry for mercy... oh boy, is this good stuff.

Dead Void are returning from a short period of absence, and following on from their 2021 'Cranial Demonstration' EP, they have delivered their full length debut LP, “Volatile Forms” which is due to create more than a ripple across the death metal waters. The 5 songs are encapsulating slabs of dark atmospheric, doomy, death metal goodness, which really draws the listener in, whether that’s through the murmuring bass of David Perry, the buzzing guitars of Adam Wilkinson, the thundering drums of Kai Asvik or the soul destroying and haunting vocals that the Danish trio all bring to the table. 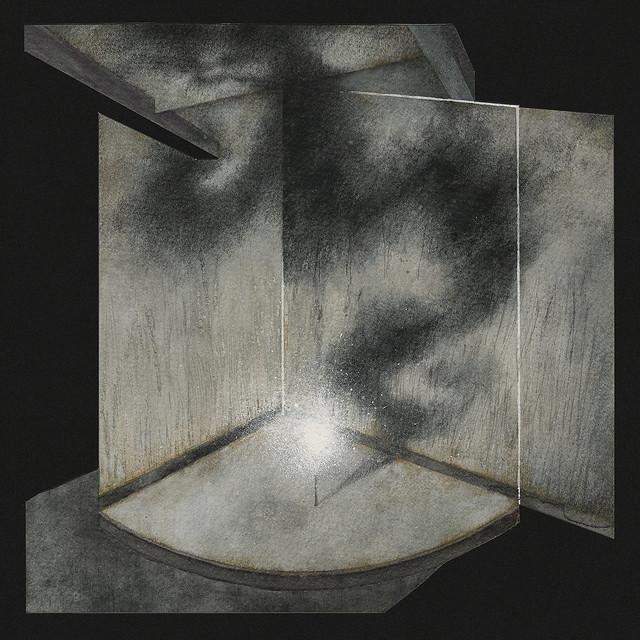 When you first listen to opening track 'Atrophy' you can sense that all isn’t well in the real world and this is part of that escapism from reality, the deathly, stomach churning growl beckons you forward and you are immediately hooked in. It’s hostile and suffocating and claustrophobic in equal measure, and you feel like you are being disembowelled, yet all underpinned with some grooves which hit like a hammer of pure malice when carefully spliced with the caverns of eerily contorting death metal.

They have developed a style of mixing the best elements of both doom and death metal and created songs with warped riffs and blast beats that can be both chaotic and structured. The 5 songs are around 44 minutes long, so the music is allowed time to develop its own path, and 'The Entrails of Chaos' is one example of a song taking many twists and turns that mean that they aren’t predictable, yet retain that ferocity throughout.

'Sadistic Mind' is a fine example of a song dripping in pure evil, a perfect accompaniment to any slasher film, as it’s both dark and sinister, whilst being expansive and gruesome, all at the same time. The drumming really emphasises the barbaric overtones, pounding away like a serial killer in the night and the riff seeks to take control before another frenzied attack.

This is a very, very impressive debut LP from Dead Void, and if you like your death metal with a touch of atmospheric evil, then you won’t fail to be disappointed with this offering.