It only seems like yesterday that Rochester trio King Buffalo released their last album, ‘Acheron,’ and unlike other bands that is because it was! The band maintained a heady flow of creativity during the pandemic, releasing both ‘Acheron’ and ‘The Burden of Restlessness’ in 2021. Part of their ‘pandemic trilogy,’ they now present ‘Regenerator,’ and what a trip it is, bringing the series to an epic conclusion.

The seven-song release links seamlessly with the previous releases and continue to define who the band are and what their sound is. The title track opens, a bold ten-minute work out which is full of expansive soundscapes and soaring bursts of delicious semi-space rock. A combination of Clutch and Hawkwind if you will, and that for me, is delightful stuff. The album is bookended with ‘Firmament,’ another nine-minute epic with shades of Porcupine Tree and Floyd evident.

Whilst the influences are at times evident, this is very much a King Buffalo album. The writing of the band is intelligent and well crafted, with the mix, production, and engineering by guitarist/vocalist Sean McVay alongside Bernie Matthews’ mastering bringing an organic feel which is both contemporary and retro in equal measures. 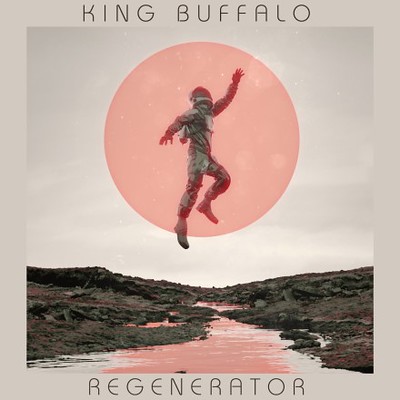 ‘Regenerator’ is an album that needs to be explored and experienced. You need to plunge deep into the release to enjoy the modern psychedelic elements, the progressive movements and the ebbs and flows of power that burst to life throughout. It is an album that should cement the band’s status as one of the most exciting in rock music today. The songs stand on their own but work best when the album is played in full, for the flow of the album is carefully constructed. The fuzzed-up drive of ‘Hours’ for example, pushes the band along to the midpoint, where the clever ‘Interlude’ provides a subtle link between ‘Hours’ and the impressive melodic expanse of ‘Mammoth,’ which sees the band undertake an extensive workout, McVay’s searing lead work racing over the solid rhythm of Dan Reynolds’ bass and drummer Scott Donaldson.

It all adds up to an album that should delight existing fans and draw in plenty of new ones. If you haven’t taken the plunge yet, now is most definitely time to consider taking the steps off the high board and executing the dive.