On an historic day in the UK, some balance and perspective were desperately needed. No finer place to be than in the darkened confines of one of the most iconic music venues in the Southwest, with three bands whose sweeping soundscapes and originality provided a sanctuary from the onslaught of the relentless sycophantic fawning of the UK media.

Swiss outfit Impure Wilhelmina have been playing their innovative and emotion-drenched post-rock for over quarter of a decade. However, for many assembled for the evening, this was a new experience. Taking the stage with little fuss, the quartet from Geneva then spend the next 30 minutes cranking up the intensity. Dark, angular pieces blend numerous genres into one heady mix. Michael Schindl handles guitar and vocals with ease, concentration etched into his face as the music envelopes the room. The lighting is sparse, a tog’s nightmare all evening to be honest, but the atmosphere the band create requires it. Alongside Schindl, fellow guitarist Diogo Almeida is the picture of intensity, his eyes rarely moving from his instrument. Far more expressive is bassist Sébastien Dutruel, who will later join the headliners for a song. Duturel throws the odd shape, adopts rock star poses whilst never missing a note. His link with drummer Mario Togni almost telepathic. The half-hour sweeps by; tracks from their latest 2021 album ‘Antidote’ part of the set. The band receive a huge round of applause and seem genuinely grateful. The tour is almost at an end, and for Impure Wilhelmina this has been a rare visit to these shores. A band that would be a perfect fit for nearby Arctangent. 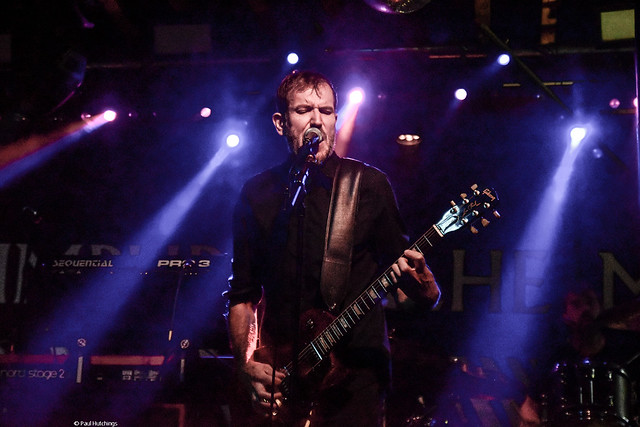 “Did anyone see us at Arctangent?” asks the insanely energetic lead singer Kim Song Sternkopf shortly into their 45-minute set? Cue a few cheers around the room. Møl are a big draw in Bristol, and the double Arctangent alumni have also played sell-out shows in the city in the recent past. Tonight, they have drawn their own fanbase, several whom depart after the Danes set. The stage is ideal for Sternkopf, who lunges and leans into the audience from the famous pillars set in front of the stage. He later jumps into the crowd, moving around amongst the word-perfect fans, and at one point participating in a lively mosh pit. By the end he is drenched in sweat and breathless. Møl may only have two albums, but both are superb, a combination of shoegaze, black metal, and extreme music. 2021’s stunning ‘Diorama’ supplies five of the setlist, with tracks from 2018’s ‘Jord’ providing the other songs. Møl’s blend of styles allows time to immerse oneself in the more ethereal elements before the explosive parts erupt in a maelstrom of ferocity. It’s this combination that is so intensely compelling, with the other members of the band content to provide the platform for Sternkopf to be their voice. Whilst he’s a man possessed when singing, between songs he’s engaging, polite and reverential, thanking the crowd for coming out. By the time Møl finish their set with the powerful ‘Bruma’ there’s no-one in the room who is looking anywhere else but the stage. 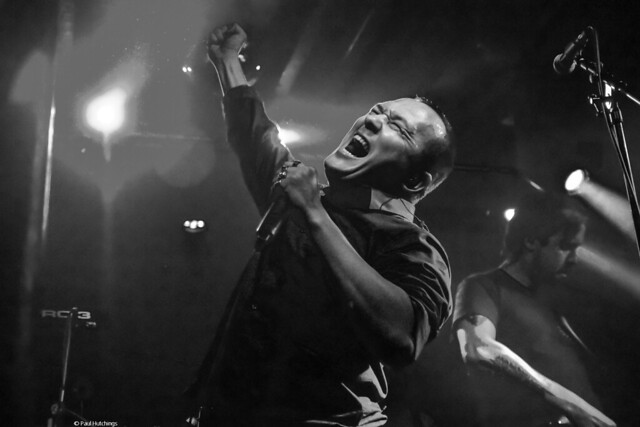 Crippled Black Phoenix are one of those bands whose name is probably better known than their music. That’s a fault for anyone unfamiliar with them. Formed by Electric Wizard’s Justin Greaves over 18 years ago, CBP are a musical collective, with a revolving door of musicians. Their music is complex, intricate, compelling. Tonight the band is swollen to eight in total, leaving little room for movement on the smallish stage. The lighting is atmospheric, stripped back and combined with the constant dry ice that wraps the stage in a surreal fog. It takes several minutes to identify all the musicians on stage, with bassist Matt Crawford, guitarist Andy Taylor and keyboardist/vocalist Helen Stanley frequently disappearing. Singer Belinda Kordic has little room but maintains a high level of gentle dance throughout. Greaves is positioned stage left, content to drift in an out of view, his large frame appearing from time to time as the music becomes more emotive.

With a huge catalogue, it’s only the super fans that can identify each song. The band dip in and out of the discography. Their latest album ‘Banefyre’ was being released the day after the show, but five tracks feature, including ‘Wyches and Basterdz’ and the mesmerising ‘Blackout 77.’ Elsewhere, the band go deep, with several songs from their debut release ‘The Resurrectionists.’ Ultimately, it’s the experience that makes a CBP show so impressive. The entire show is put together with precision, from the lights to the running order. At times, closing the eyes and immersing oneself in the sound is by far the best option. Closing with fan favourite ‘Burnt Reynolds’ I find myself in a semi-trance like state. No drugs, no booze, just mesmeric music. It’s a ritual for some, and an initiation for others. It’s one I will return to without doubt. 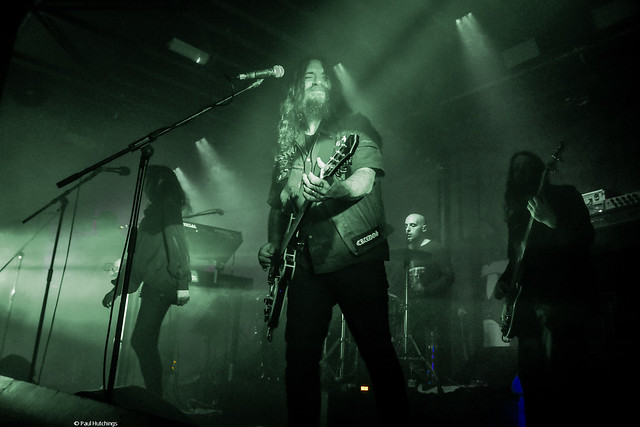