Volbeat, the Danish rock superstars, seem to be the last band standing this December as their UK tour is the last show in most towns before the Christmas break. The tour see’s the band take the next step in their career, out of the dingy Academy venues and into the bigger arenas, tonight’s stop being at the spacious Motorpoint Arena in Nottingham.

When the tour was announced a few eyebrows were raised when Brummie grind merchants Napalm Death were revealed as the opening act. Of course we’ve seen them on their own headline tour this year already, but they seem to stand juxtaposed to the rest of the line up which includes Skindred as well as the headliners.

Despite this, they take every opportunity the destroy the arena. Opening with ‘Narcissus’ and ‘Backlash Just Because’. Frontman Barney Greenway is well aware of the contrasting styles on offer this evening as he tells the crowd “it’s ok if you don’t like us”. Later he delivers a poignant political message (as he so often does) prior to ‘Suffer The Children’ with the band rounding out their thirty minute, thirteen song set with the cover of the Dead Kennedy’s classic ‘Nazi Punks Fuck Off’. 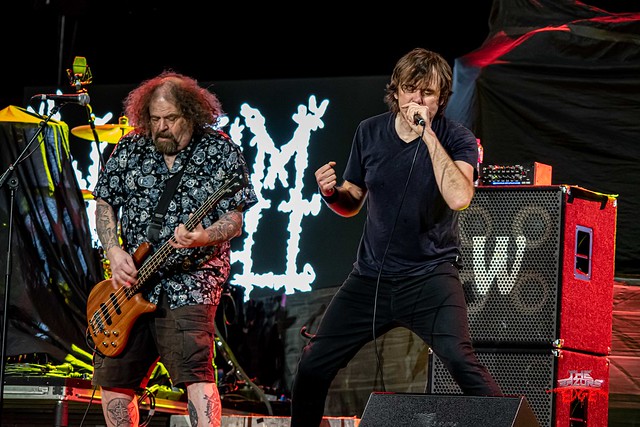 As Skindred take to the stage the anticipation heightens, the whole room in awe of the band who will release a new record next year. The lights darken and the Imperial March blasts out we know things are about to get wild. ‘Stand for Something’ and ‘Rat Race’ kick off what will be a ferocious forty-five minutes of live music.

In another life Benji Webb could have been a comedian. His patter between songs, his quips and jokes not only entertain, but warm our souls on a cold night in the East Midlands. Having had the crowd repeatedly chanting “Boom, Boom, Boom” he introduces the bands new song 'Gimmee That Boom' a bouncy number with an infectious rhythm which is sure to be a fan favourite when they release their next record. ‘Warning’ closes out the set, with the Newport Helicopter swirling round the arena, every man, woman and child taking part. What a show! 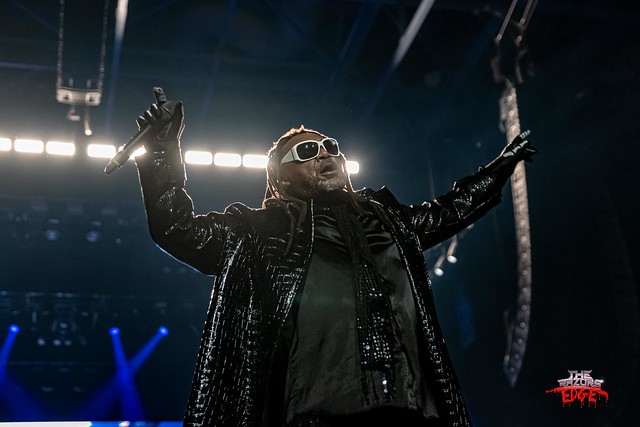 It's hard to see how Volbeat could possibly top that, impressive as Skindred were, but after a quick turnaround they show just why they are headliners tonight. The huge electronic back drop lights up, impressively surrounding the drum riser and giving the fans an immersive experience. Opening up with ‘The Devil’s Bleeding Crown’ the smoke jets explode into liife, the band and their stage show bursts into life.

Volbeat have been around the block once or twice now and it shows. The performance is as tight as a gnats arse, seasoned performers doing what they do best. The ever popular ‘Lola Montez’ leads us into ‘For Evigt’ and the first of multiple confetti cannons this evening. The slick show continues it pace and the fans lap it up, and awe-inspiring light show highlighting four figures on stage at the top of their game. 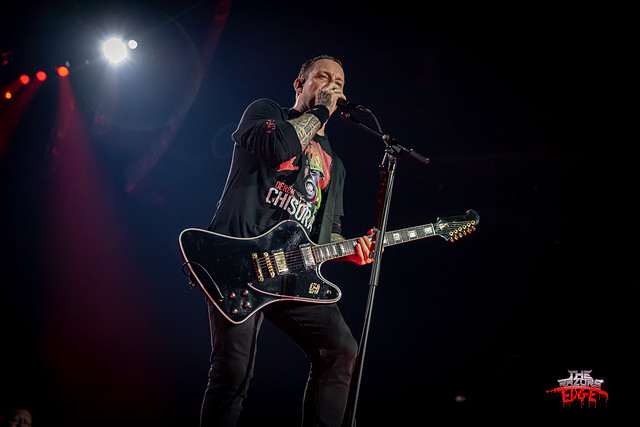 Rounding out the show with the duo of ‘Pool of Booze, Booze, Booza’ and ‘Still Counting’ that was a Christmas treat and then some. A show, and indeed a tour, that highlights just what a band Volbeat are. The step into the arenas can often be a risky one, but a packed house in Nottingham and a magnificent performance demonstrates a band able to take the step up in their stride! 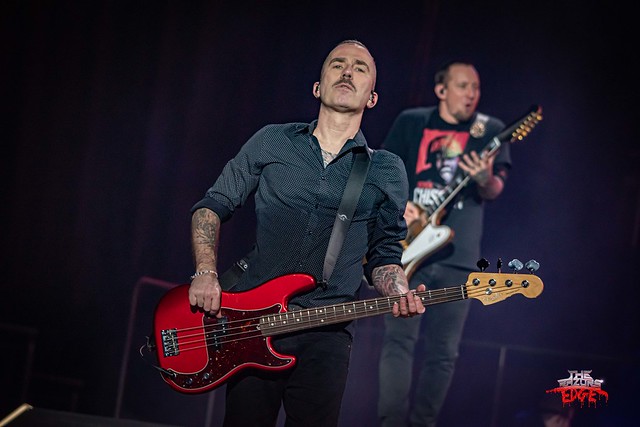 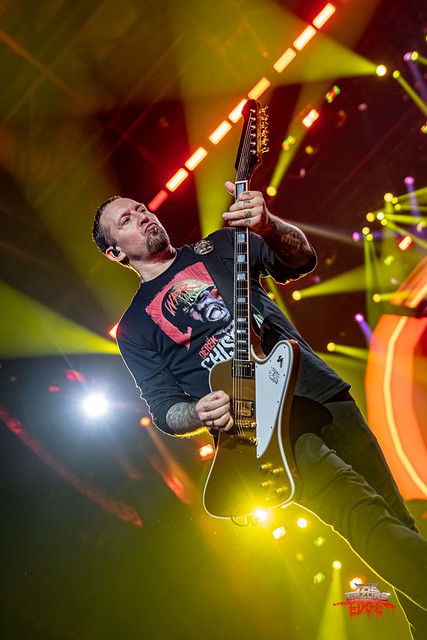 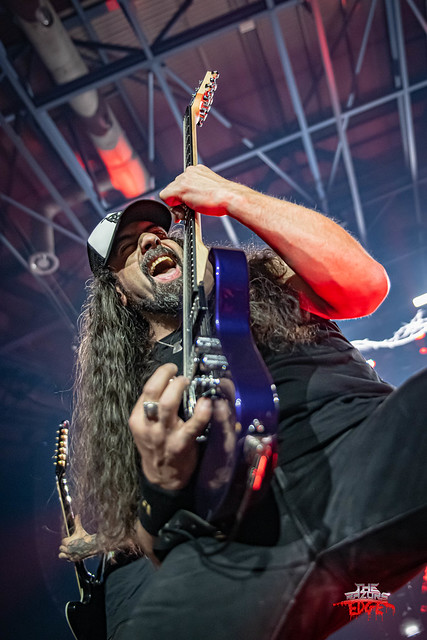 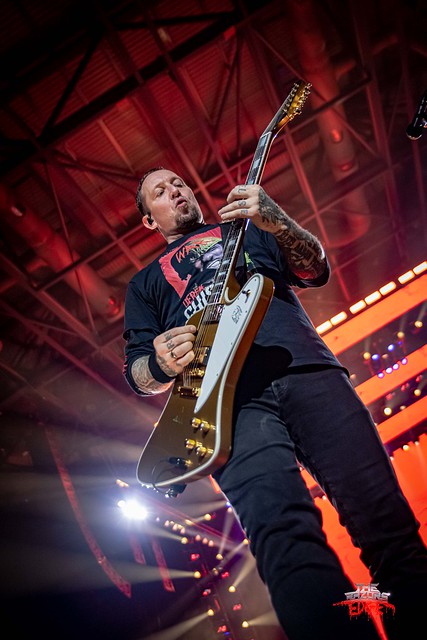 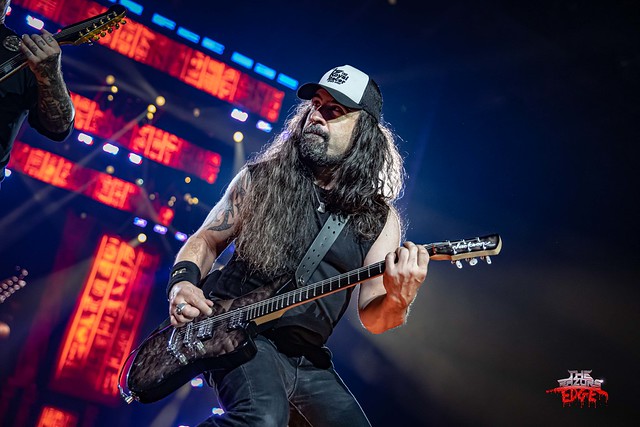 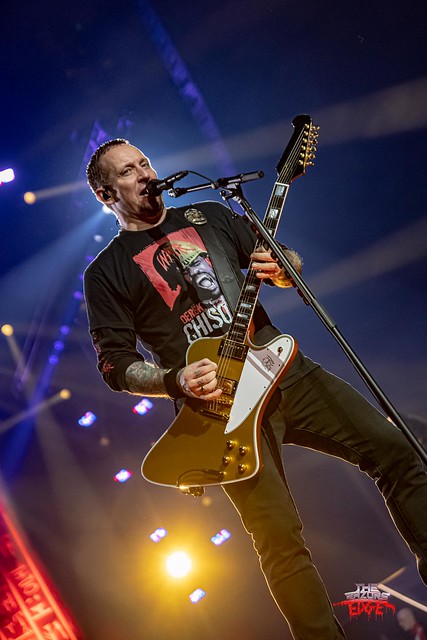 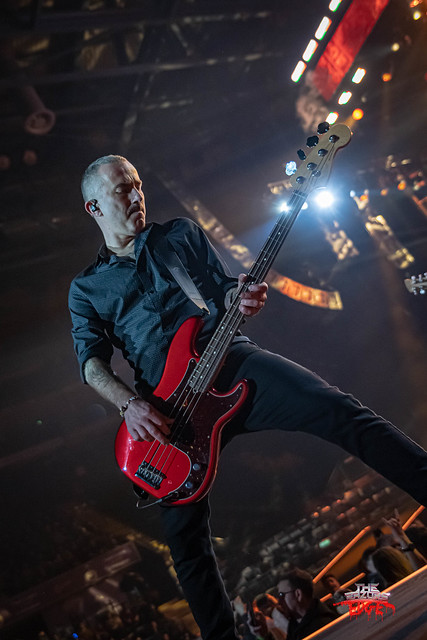