Bush, the greatest British band to never make it in their own country. Ok that’s not quite true, and it depends on your own definition of what it is to “make it”. But the band enjoyed massive success in the US whilst struggling to replicate the same in the UK. The bands radio friendly rock anthems saw them rocket to success Stateside, and rightly so, us Brit’s being too blinkered to pick up on them fully.

A career that has spanned thirty years has seen the band go through ups and down, just as anyone else, a despite their success the band took a decade long hiatus mid career. However this October the Grammy nominate outfit return with their ninth studio album ‘The Art of Survival’ on BMG.

From the outset the album has a menacing undertone, the reverberating bass rumble that kicks off ‘Heavy is The Ocean’ is followed by a dark, foreboding song, that drags the listener to the depths of Rossdale’s story telling. ‘Slow Me’, a tale of woe, keeps that menacing undertone flowing, an enjoyable rock romp but it has an edge that keeps the listener attentive, on the edge of their seat, awaiting what is to come next. 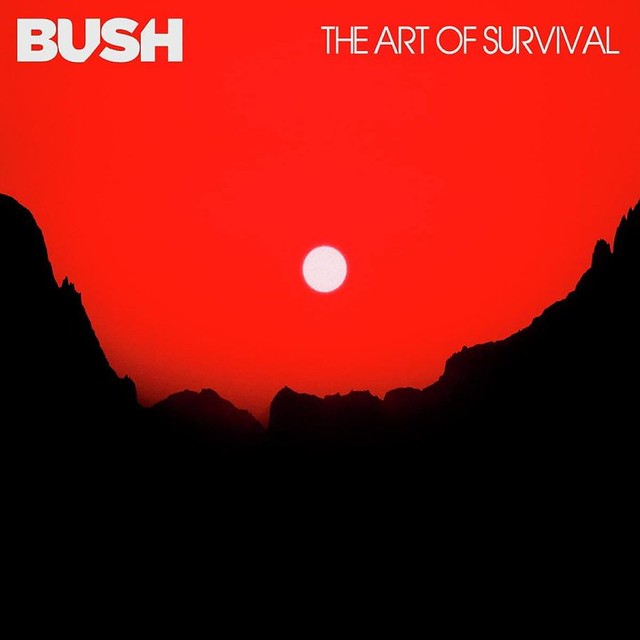 The band experiment with their sound throughout this recording, ‘More The Machines’, much as its title suggests, has an industrial, gritty feel to it. ‘Shark Bite’ uses atmospherics to envelope the listener in a full soundscape like no other which eventually turns into the fist radio friendly anthem on the record. Even then the undertone remains never far away, the listener awaits the next turn where the darkness may return.

‘Identity’ has an opening riff that takes you back to the heady days of the 90’s when the world was a whole less complex. When a rock band could go out night on night and level a venue with a wall of sound. ‘Gunfight’ has a similar theme, the raucous anthemic riff has your mouth salivating, wanting more!

In ‘The Art of Survival’ Bush have not created a radio friendly rock album. Instead, this is a complex, multi-layered opus. It has a dark side and when that rears its head its hauntingly brilliant but juxtaposed its lighter side is just as enthralling. If you like your rock with a bit of character, Bush have produced a record that commands your attention!