I think it’s fair to say that we in Manchester have been smiled upon by the Metal Gods by being treated to three consecutive nights of amazing touring packages. Thursday saw Anthrax, Municipal Waste and Sworn Enemy ripping up the Academy; last night had Behemoth conjuring all manner of unearthly forces, ably assisted by Arch Enemy and Carcass and tonight we get Byron Bay’s finest, arriving in town with While She Sleeps and Lorna Shore along for the ride. Oh, what a glorious time to be alive!

Lorna Shore’s spot opening this bill is a sure sign of their increasingly quickening rise. The deathcore darlings are proving time and again they have the chops and the ambition to take on anyone anywhere. Just like their Bloodstock performance back in August, the band focus on their more recent output, with Of the Abyss and To the Hellfire taken from last year’s …And I Return to Nothingness EP and Sun//Eater, Cursed to Die and Into the Earth from the imminent Pain Remains album (watch this space for that review). The readjustments in personnel over the past few years has resulted in the band becoming a finely-tuned machine, with Will Ramos stamping a claim on being metal’s best new vocal discovery. 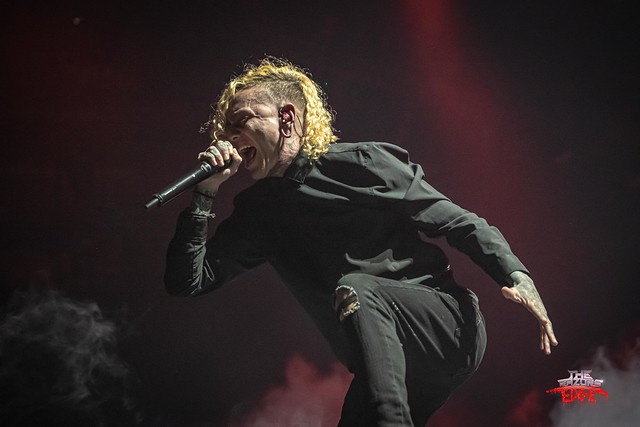 Having spent many years paying their dues, Sheffield’s While She Sleeps are finally reaping the rewards for the unwavering commitment. Having seen them a couple of times in festival settings last year I thought I was ready, but in the cavernous confines of the Arena, While She Sleeps become a different animal. At Bloodstock and, to a lesser extent, the tented environs of Slam Dunk, While She Sleep’s power felt somewhat diminished. Yet, tonight, they demonstrate themselves to be the bludgeoning wrecking ball their records threaten them to be.

Drawn mainly from Sleeps Society, but dropping in cuts from So What? and You Are We, the forty-five minutes in the company of WSS is a blast. Showing they are a formidable live force and the headliners will need to have to be on top of their game tonight, the marker is set. Combining fierce, face-rippers Sleeps Society and Systematic with the grooves of You Are All You Need shows why While She Sleeps have attracted the size of the crowd they have. Blending the abrasive with the gently progressive under an eye-popping light display further enhances the band’s claims to headlining shows of this magnitude in the very near future. 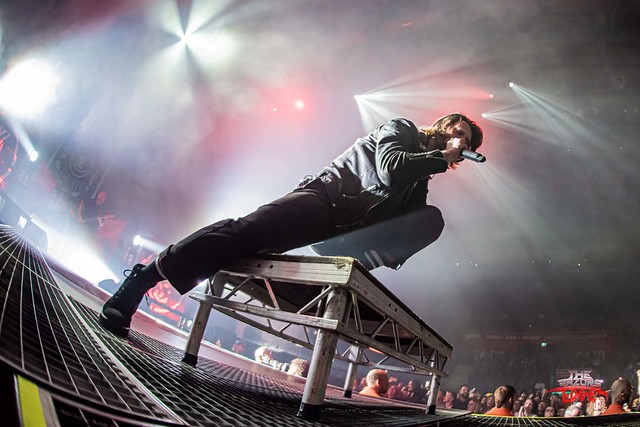 Back in the mid-to-late noughties, on a trip back from a Euro-fest, we discussed who the up and comers where to take the torch from Maiden, DC, Sabbath, et al. The intervening years have seen many called but, Slipknot not withstanding, none seemed to have all the facets of the job.

When that conversation took place Parkway Drive were just another Metalcore act, gaining some traction and getting high billings on smaller stages at those festivals, but nothing appeared to suggest they should be a name banded about with the likes of Trivium, Marilyn Manson and the like.

Parkway, however, had other ideas and quietly went about making us all look like mugs. Although developing their sound with every release it was Ire that first demonstrated the band’s full potential; follow that with Reverence and the world of big headline shows and the top spots at Resurrection, Bloodstock and Wacken was realised. 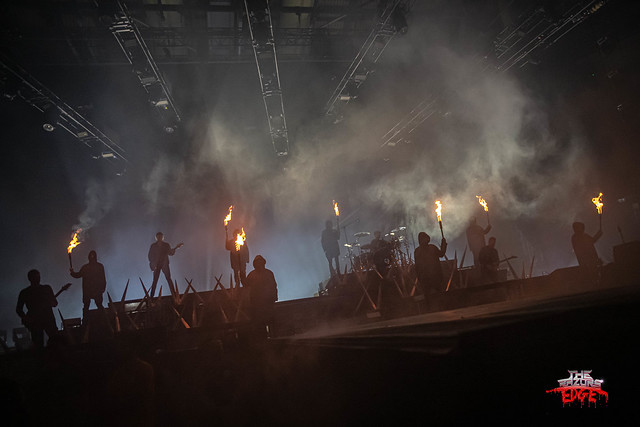 The recently released Darker Still continues the band’s development into the Arena beast they have become and the turn out tonight, considering this week’s other options, is a sure sign Parkway are here to stay.

A Parkway Drive show is as much a feast for the eyes as it is for the ears and as the Arena goes dark the PA is filled with an ominous chat. Clever lighting opens up a chasm at the back of the stage from which marches eight torch-bearing figures, clad in hoods and accompanying the five members of the band.

Glitch, the first single from Darker Still, starts the set, complete with pyros that throw their heat all the way to the back of the vast auditorium. There’s hardly time for the crowd to catch their collective breath before Prey hits the speakers. Carrion shows Parkway have not abandoned their past with Winston claiming the fast ones are a good cardio work-out. 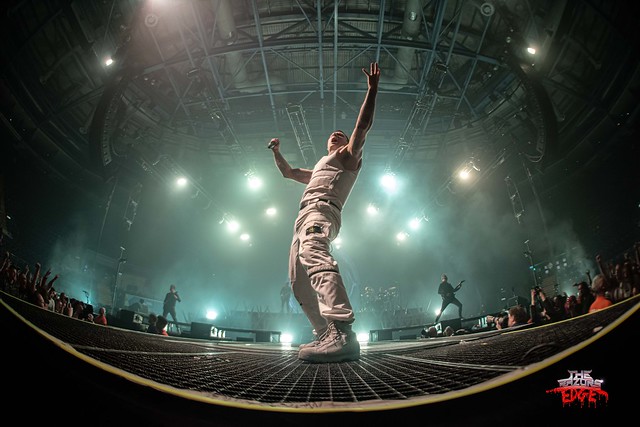 Cuts from both Deep Blue and Atlas also pop up throughout the show, but it is the last three records that form the majority of the fifteen or so songs performed tonight. Cemetery Bloom sees Winston standing under a harsh white light as the ethereal waves wash over him; Shadow Boxing sees a string quartet joining the band on stage, before the mellow Darker Still, with its Roger Whittaker whistles, shows Parkway Drive’s intention to forge their own path.

Obviously, they haven’t abandoned the brutality and unload Vice Grip, The Void, Bottom Feeder and Crushed on Manchester. All the while paying little heed to the increasing heating bills as flames rocket into the air, framing the band with fire.

Wild Eyes ends the encore, the chorus of vive the underdogs bellowing from every throat in the place. It takes some stagecraft to get an arena on its feet, including the seated, but Parkway manage it through sheer force of will and a commitment to their cause. My mate Matt has decided he’s going to get himself fit enough for the next time the band come to town so that he can get in pit and relive his youth. Not my fault, Bev, I’m blaming the Moretti.

Unfortunately, Parkway have now given me a dilemma in the form of another contender for Gig of the Year. Still, that’s a great problem to have. 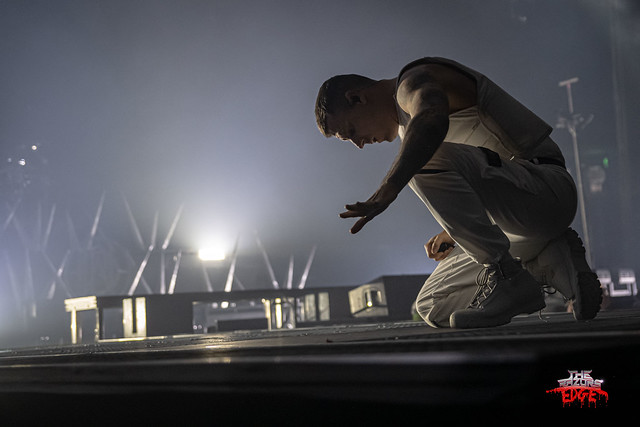 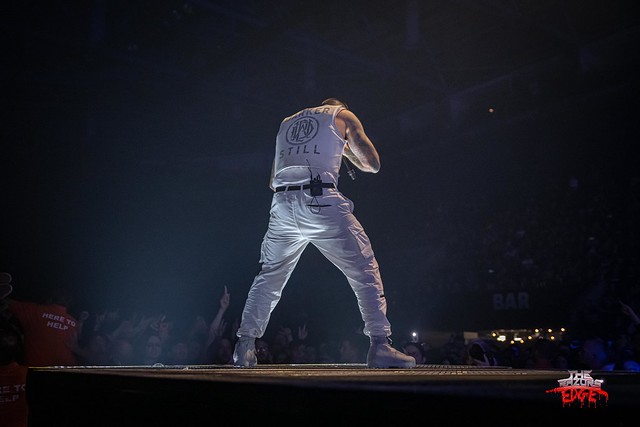