Varials take to the stage for only their second ever UK show - a mysterious, industrial, Deftones-sounding atmosphere lulls the crowd into a false sense of security over 'Romance' before the floor opens up for the bouncy 'The Cycle of Violence'. There's a lot of energy to their performance, and the crowd are appreciative for the most part. Frontman Mitchell Rogers does a cracking job on the lead vocals (having only took on the role full-time last year) and the band are a watertight musical unit, but I feel their nu-metal tinged modern metalcore isn't particularly innovative and doesn't stand out for me personally. Still, there's evidently plenty here who'd disagree. Varials live up to the moment, throwing themselves around the stage with big smiles on their faces and Mitchell puts in a shift to engage the crowd, encouraging us all to get-the-fuck-up and mosh around. Set closer 'Empire of Dirt' has a seriously heavy detuned groove to it, inciting a wave of headbangers and the biggest crowd reaction. They'll surely be back. 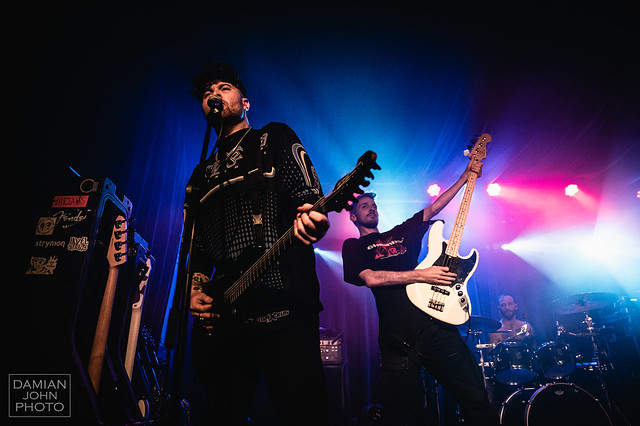 Bodysnatcher waste no time in showing the crowd that they're not here to mess about. The titanic groove and crushing tone to their first song sets the tone instantly - more in the vein of death metal brutality, the initial crowd response is pretty huge. The sheer intensity of their set doesn't let up at all, but after a few songs, this becomes their biggest weakness, as the midpaced death metal/hardcore begins to feel over-familiar and one-dimensional. In effect, this does make the faster or super-slow parts really crush when they kick in. It's still a commanding supporting slot from Bodysnatcher. Tonight's show is in support of their new album, and new track 'Behind the Crowd' is one of the best songs of the night. A face-contortingly heavy pit anthem, it does seem to have earned them a fair few in the audience wearing freshly-bought Bodysnatcher merch by the end of the night. 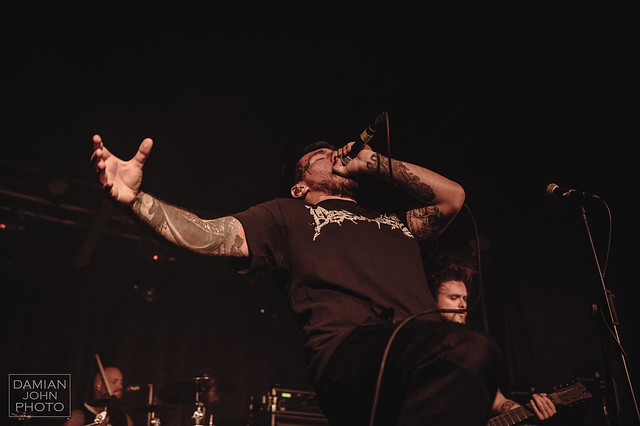 The crowd unexpectedly launch into an impromptu, a capella rendition of 'Last Christmas' to usher in Chelsea Grin, who stride onstage to a cacophony of rapturous roars and the groovetastic 'Crewcabanger'. With a dramatic backing track and an impressive display of guitar arpeggios, they show why they are a cut above the support bands. You can hear the way that their songwriting is a little more nuanced, the heavier sections hit a little harder, the grooves a little more inventive, performed with a little more melody. There is good reason why their name carries so much weight and status in the deathcore scene and why they are worthy co-headliners tonight.

Still, all of that would be irrelevant without a big crowd reaction and an emotional connection to the music. The announcement of 'Recreant' really takes the floor energy up a gear, to its highest point of the evening so far. You can really feel the bass drops in your guts, adding yet more and more layers of filth. To open their set with their debut EP is a bold move, but judging by the raucous energy taking the room into a chokehold, it's a clever one. Their older material is hailed with a lot of reverence, but their newer material still goes hard tonight - with four songs from last month's 'Suffer in Hell' that still gauge a great reaction, they prove there's still fire in the veins and more chapters still in their own story. Closing on the crowd-friendly 'Hostage' to ramp things up one last time, its shout along hooks, lively drums and in your face guitar passages leave their fans hungry for more. 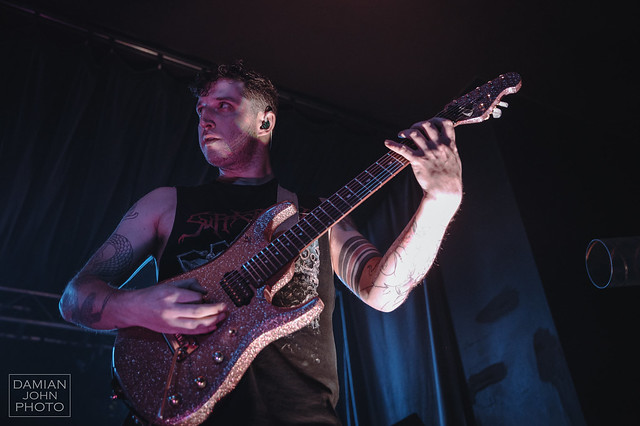 Carnifex make their grand entrance with the legendary one-two of 'These Thoughts Became Cages' and the squealing 'Slit Wrist Savior' from 'Dead in My Arms', their beloved debut album. Tonight's a celebration of a deathcore classic and the fifteen years of reverence and status behind it. Some songs, such as 'A Winter in Remorse', had never been played live before this tour. So to call tonight a treat for any self-respecting deathcore devotee is to put it lightly. Carnifex show their heartfelt gratitude to their fans tonight for keeping the album alive for a decade and a half, but it's hard to argue past the sincere adoration that the audience reciprocate back to them.

With elements of melodeath in their sound, for example, they're the more interesting and more multidimensional of the two headliners, to my ears at least. Their use of tempo changes are more effective than jarring, compared to some of their genre peers. With a wry smirk, they reference their classic MySpace days with 'Collaborating Like Killers', causing a huge pit to circle around the floor. The brutal 'My Heart in Entropy' also wins a massive reaction. Of course, the crowd response has a lot to do with the way that Scott Ian Lewis owns the audience as if we're all close acquaintances. With everyone eating out of the palm of his hand, he has a fantastic way of engaging the crowd while energetically performing and growling simultaneously. 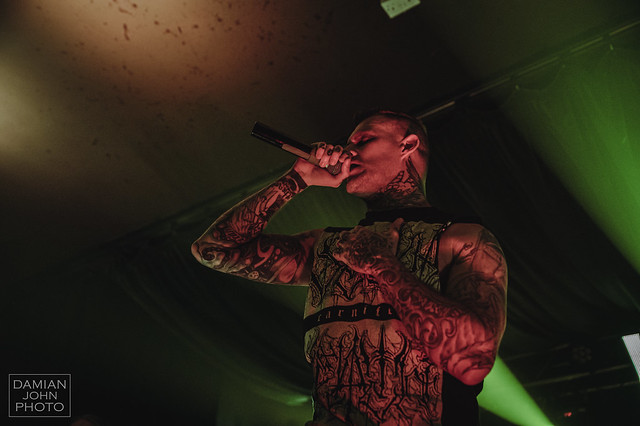 After rounding off the classic album, they treat the crowd to a few other classics, beginning with the blistering 'In Coalesce With Filth and Faith' - its memorable breakdown at the end sending the moshpit crazy. 'Slow Death' from 2016's Slow Death follows. With its blackened vibe and lower tuning than the rest of the set, it's a good way of breaking the set up from a performance designed to celebrate the 'classic' Carnifex era. I really find their mid-2010s period an underrated spell for the band, as 'Hatred and Slaughter', the standout number from 2014's 'Die Without Hope' goes to show. The anthemic title track from 'Hell Chose Me' brings the pits to bubbling point - but perhaps it's the time of night on a Tuesday, but it seems the crowd peak during Chelsea Grin. Regardless, Carnifex were polished and professional, with huge bass tones and snare hits that reverberate with pure power. The true masters of their art. 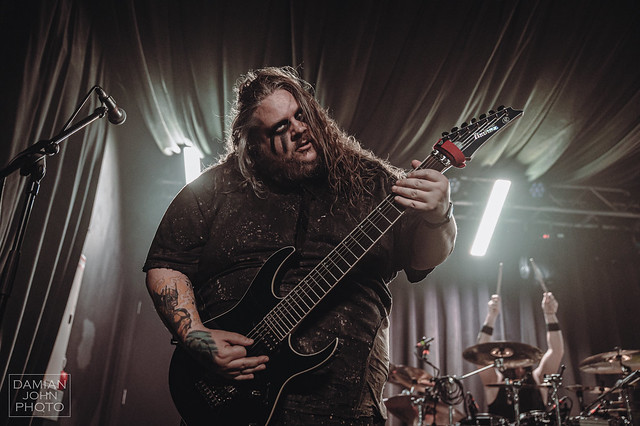 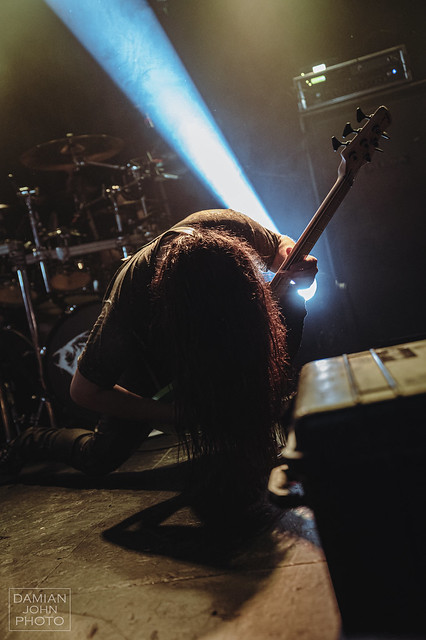 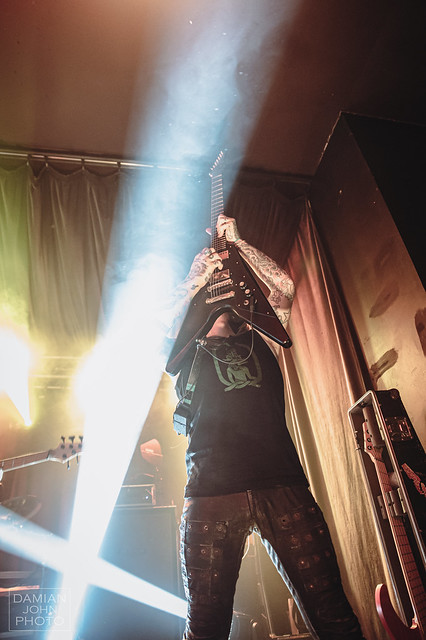 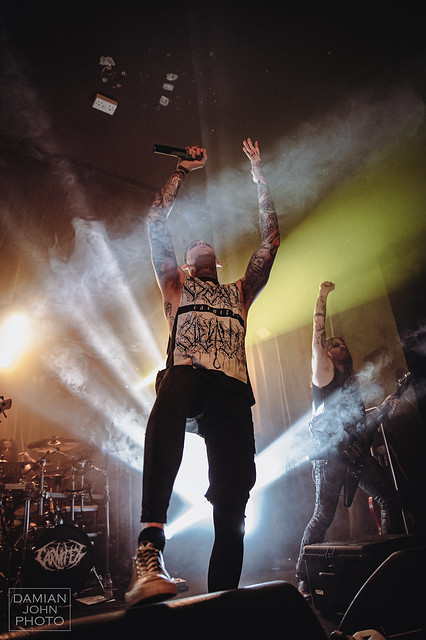 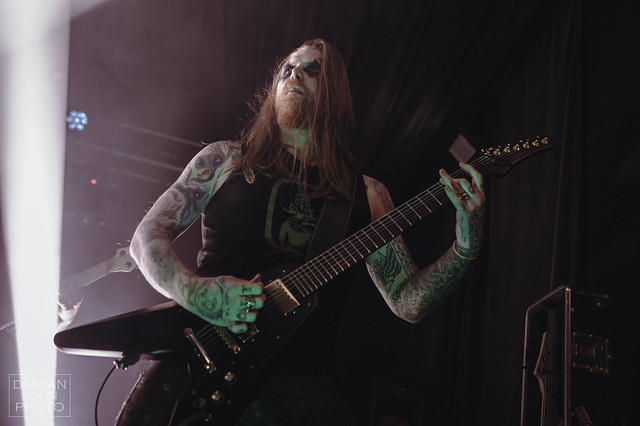